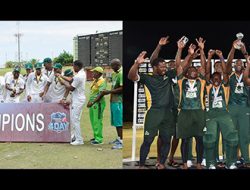 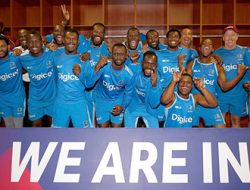 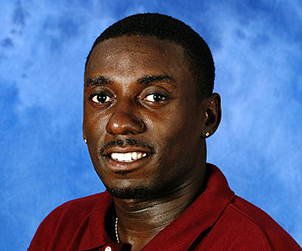 JOHN’S, Antigua – Cricket West Indies (CWI) has continued its efforts to strengthen coaching and ultimately improve the quality of regional squads and players in the region. CWI and the England and Wales Cricket Board (ECB) have collaborated on another Level 3 certification course resulting in a further 25 coaches in the region attaining the Level 3 standard.

Director of Cricket, Jimmy Adams, says “The Level 3 course is an important part of the current CWI Coaching pathway which starts from the Foundation course and incorporates Levels 1 and 2 and now includes Level 3. We are keen on ensuring all our franchises have the benefit of coaches prepared at the elite level.” The course is an 8-day tutored course which focuses on preparing coaches to work with elite players and teams.

Adams declared that “with the Level 3 certification, coaches are better equipped to lead their national teams and the training and experience should provide the tools necessary for more one on one coaching, while allowing them to better prepare elite players.”

Adams also noted that “producing world class players and winning teams is our #1 objective within CWI’s new five-year strategic plan.There is a proven direct correlation between high level coaching standards and good players and ultimately, winning teams,” emphasized Adams. “And by collaborating with the ECB, this is a great demonstration of how partnerships can help CWI pool resources to increase investment in our great game.”

Ambrose, who was delighted at the opportunity to upgrade his technical knowledge, wants to “use this newly-acquired skill as soon as I am able to and I am looking forward to contributing more, soon.”

Jamaica Scorpions’ Assistant Coach, Andrew Richardson was also successful in this module and his “it was an opportunity I have always wanted. I am hoping this will benefit the players I work with at all levels to be able to produce the best players for West Indies cricket.” Richardson currently coaches at the high school, regional and first-class levels. He is the manager of the Jamaica Tallawahs.

Canadian National Coach, Zubin Surkari, who was the assistant coach for his team at the recently-concluded U19 World Cup, says, “the course was very beneficial, and it will assist me greatly in working with players in a high-performance program and with senior players.”

Tim Dellor led a team of instructors from the ECB while West Indians Tony Gray, Jeffrey Dujon, Hendy Springer and Gus Logie assisted in the delivery of specialist modules. The course was delivered in Antigua last November while final assessments were done in Barbados and Grenada in mid-February.

Since 2016, CWI, through partnership with the ECB, has now produced a total of 46 coaches with Level 3 certification.

CWI AND THE UNIVERSITY OF WEST INDIES (UWI)

CWI also confirmed that in partnership with UWI, the course content for a new CWI Level 2 coaching course is close to be finalized.

Jimmy Adams stated, “Our partnership with UWI is another top priority of our new strategic plan and will mean that by this summer all Foundation, Level I & II courses can be held in the region run by CWI coaches and approved by UWI.”  Adams confirmed that once the level 2 course is established, CWI and UWI plan to develop course content for a Level 3 that will mean that all coaching courses in the region can be held and certified within the Caribbean.

Adams also said, “We are very grateful to the continued support we have received from the ECB Coach Education department, but it is long overdue that we have the skills, ability and resources to administer Coach Education in the region independently, so that we can dramatically increase the number of qualified coaches working in our system.”