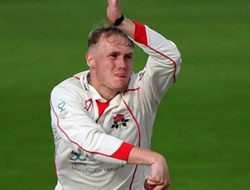 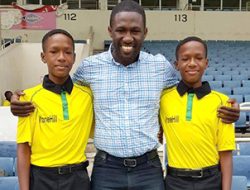 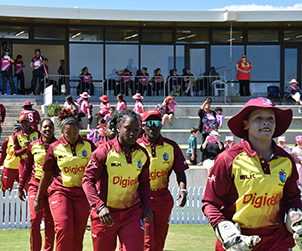 Mt. Maunganui, New Zealand – Poor fielding and bowling costed the WINDIES Women the 2nd T20 International against New Zealand White Ferns by 106 runs, a far-cry from the close contest of the first match.

Captain Stafanie Taylor won the toss and elected to bowl first in cool conditions as it gets progressively colder during the night in Tauranga. Hayley Matthews dropped Sophie Devine the very first ball of the match. However, White Ferns Captain Suzie Bates was the first to go for 14 when Connell lit up her bails. New Zealand 33/1. Devine was then joined by player of the match from the first game Katey Martin, with Martin accelerating almost immediately. Akira Peters bowled a brilliant over, scalping the wicket of Devine and giving away only 2 runs. Then came the partnership that set New Zealand for victory. Martin was joined by the in-form Amy Satterthwaite and the pair posted a New Zealand White Ferns T20 record of a 124-run partnership. The bowlers found it difficult as they strayed from their line and lengths, thereby giving the White Ferns batters width and time to play their shots. Deandra Dottin finally removed Martin for a well-played 65 off 42 balls, which included 11 fours. Satterthwaite remained not out on 71 which included 9 fours and 2 sixes, as New Zealand White Ferns posted a mammoth 186/3 from their 20 overs. Akira Peters was the best WINDIES Women bowler, taking 1/13 followed by Deandra Dottin with 1/34.

The WINDIES Women’s innings never got off to a proper start as wickets fell early and consistently with an opening required run-rate of 9.3. Merissa Aguilleira and Hayley Matthews opened the batting again, but Matthews was not to have a repeat half-century performance as the first match. Anna Peterson had Matthews caught by a brilliant jumping catch from Amelia Kerr for 5. New Zealand were then ecstatic when they got the big wicket of in-form Skipper Stafanie Taylor for 1, her lowest score for the entire tour. She was caught in an almost exact manner as Matthews by the same fielder, Kerr. Deandra Dottin struck 2 huge sixes and together with Aguilleira, the two experienced batters looked set to rebuild the WINDIES Women’s innings. Sophie Devine then produced the over of the match, removing Dottin lbw for 13 and Reniece Boyce for 0 in a space of 2 deliveries. Aguilleira then fell for 16. Kyshonna Knight and Britney Cooper shared in a 15-run partnership, before Cooper skied one into the safe hands of Amy Satterthwaite in the deep. Knight played a hard-fought innings of 20 before she was bowled by Sophie Devine. The rest of the WINDIES Women innings folded easily, as the world T20 champions finished on 78/9 from their 20 overs. Sophie Devine ended with figures of 3/12 followed by Leigh Kasperek with 2/13. The White Ferns now take a 2-0 series lead. The tour moves to New Plymouth for two matches starting on Tuesday.

WINDIES Women Head Coach Hendy Springer said “ I think somewhere along the line we lost the momentum and it was manifested in the fielding, we missed a lot of opportunities in the field.. We’ve got to be mindful not to lose the intensity as the series is still on… The team can’t be depending on the Captain nor Matthews nor Dottin all the time, some players have to take serious responsibility to get in good scores.”

Amy Satterthwaite was Player of the Match.