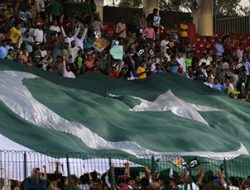 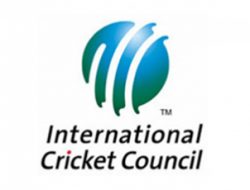 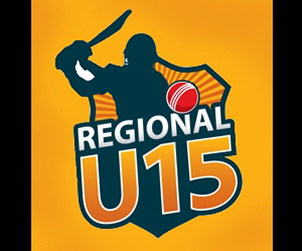 19th March 2018 Comments Off on Regional Under-15 Tournament A Platform For Future Stars Views: 1598 News

ST. JOHN’S, Antigua – Identification of the future stars of WINDIES cricket begins on March 28 in Jamaica. That’s when the best of the region’s junior players come together to battle it out in the Regional Under-15 Tournament.

It’s an action-packed week of junior matches, where the talent spotters of Cricket West Indies dare to look into the crystal ball and identify the depth and strength of playing talent coming through the pipeline. “This is one of the key development tournaments on the Cricket West Indies annual calendar,” said CWI Director of Cricket Jimmy Adams. “This tournament serves the purpose of encouraging junior players from across the Caribbean to excel and be given the opportunity for early recognition, while promoting competition among their peers at the regional level.” Adams added: “In our bid to make WINDIES a consistently successful side in the near and long-term future, it is important that we pay close attention to our development pipeline and make sure it is working effectively. “Having regional matches for players in this age group is extremely valuable in helping us understand what’s in the pipeline, so we know where to focus our attention.”

Defending champions Barbados are expected to face a rigourous challenge, when they open the tournament against perennial regional sports rivals Trinidad & Tobago at the famous Melbourne Oval, the home ground of legendary WINDIES fast bowlers, Michael Holding and Courtney Walsh. The Barbadians captured the title last year on home soil, following victories over Windwards, Leewards, Jamaica and T&T, and a no-result against Guyana. In other first round matches: Hosts Jamaica face Leeward Islands at Up Park Camp on the Jamaica Defence Force army base, and Guyana face Windward Islands at the Kensington Cricket Ground, the home club of CWI President Dave Cameron. “Jamaica is a great place to play the game, so it’s also an opportunity for the players to become acquainted with another culture and gain a greater appreciation for the region in which they live – that is also part of the learning experience of playing in a tournament like this,” he said. “We also hope that experiencing the passion that people from outside of their own territory have for the game will also help to inspire them to continue along the development pipeline and one day wear the WINDIES burgundy, so we look forward to seeing loads of talented players being unearthed at this year’s tournament.”

Adams said the Tournament was shifted back to the Easter weekend this year in order to reduce the cluster of junior competitions held in the summer, allowing for CWI to provide more focus on this important age group. “It also better aligns with our annual Under-15 Tour of the United Kingdom in August, by allowing the selectors to choose from a more recent group that are of similar age to their counterparts in the UK,” he said. The Regional Under-15 Tournament – in its 23rd year – will be contested under a round-robin format, featuring five rounds of matches with the team accumulating the most points being declared champions.

(All matches start at 9:30 am local time–East Caribbean add 1 hour)

Guyana vs Barbados – Up Park Camp