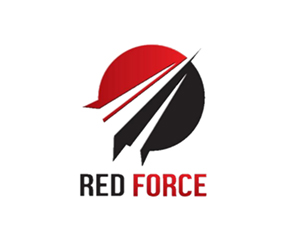 9th March 2020 Comments Off on Muhammad And Hosein Seal Red Force Win Over Pride; Fletcher and Ambris Set Up Win For Volcanoes Over Scorpions; Hurricanes Defy Jaguars To Earn A Draw Views: 818 News

Muhammad And Hosein Seal Red Force Win Over Pride; Fletcher and Ambris Set Up Win For Volcanoes Over Scorpions; Hurricanes Defy Jaguars To Earn A Draw

Muhammad and Hosein shared seven wickets and the Pride failed to successfully chase 330 for victory and were bowled out about 25 minutes before tea on the final day of seventh round matches in the Championship.

And, Leeward Islands Hurricanes continued to choose discretion over adventure and earned a draw, after Guyana Jaguars gave them a small run chase late in the day.

Pride failed in their pursuit of a sixth successive win, when the lanky Muhammad grabbed 4-28 from 8.2 overs and Hosein took 3-44 from 17 overs to undermine the visitors’ batting.

Kyle Mayers continued his rich vein of form to lead the way for the Pride with 40, Chemar Holder indulged himself in a late flurry and was not out on 34, West Indies opener and Pride captain Kraigg Brathwaite scored 36 and Kevin Stoute made 33.

Muhammad struck three times in his opening spell to put the Pride batting under early pressure and they slumped to 43 for four.

Mayers came to the crease and put on 53 for the fifth wicket with Brathwaite, but his dismissal just before lunch rocked the Pride.

After the interval, four wickets – including Brathwaite – fell for 21 in the space of 36 balls and the Pride plunged to 130 for nine.

Holder joined Stoute and they had their fun, clobbering two fours and four sixes between them and temporarily delaying the inevitable with a stand 52 for the last wicket.

Muhammad returned to formalise the victory, when he bowled Stoute with the second ball in his second over of a second spell.

Red Force, starting the day on 343 for nine off 93 overs, lost their final wicket of Anderson Phillip in the third over of the day to pacer Keon Harding.

Jason Mohammed added only two runs and finished with the top score of 115 not out for the Red Force.

Off-spinner Ashley Nurse was the most successful Pride bowler with 4-72 from 24 overs.

Phillip was named Player of the Match.

Hometown batsman Fletcher hit the top score of 71 and Ambris made 56 to lay the groundwork for the Volcanoes’ victory.

The pair completed 105-run stand for the fourth wicket, after the Volcanoes resumed from their overnight total of 51 for three.

Keron Cottoy followed up with 24 and another hometown batsman, Emmanuel Stewart, the former West Indies Under-19 captain, added 22, but there two of the three Volcanoes wickets that fell for four runs to bring some nerves with the promised land in reach.

Volcanoes stumbled to 218 for eight, but the result was formalised when pacer Marquino Mindley conceded four leg-byes to Sherman Lewis.

Pacer Preston McSween was named Player of the Match.

Set 112 in a minimum of 12 overs, Hurricanes top order batted through almost an hour before the match ebbed to its predictable conclusion.

This followed the Jaguars declaring their second innings about an hour and 15 minutes before the rescheduled close, after wicketkeeper/batsman Anthony Bramble led their batting with 69 and their captain Leon Johnson supporting with 63.

West Indies off-spinner Rahkeem Cornwall had snared openers Tagenarine Chanderpaul and Tevin Imlach, as well as Test batsman Vishaul Singh in a destructive opening spell that sent the Jags reeling on 24 for three.

But Johnson anchored successive half-century stand with Christopher Barnwell and Bramble that stabilised the innings.

He put on 73 with Barnwell for the fourth wicket and followed up with a stand of 97 for the fifth wicket with Bramble.

Part-time medium-pacer Keacy Carty sparked another slide in which four wickets – including Johnson and Bramble – fell for 34 before the declaration came.

Carty ended with 3-30 from 12 overs and Cornwall took 3-97 from 32 overs to end the match with seven wickets and make him a shoo-in for the Player of the Match award.

Earlier, Jaguars needed 25 minutes to wrap up the Hurricanes first innings, after the visitors continued from their overnight total of 353 for seven.

There was token resistance from the remaining Hurricanes batsmen and pacer Sheno Berridge did not bat because of an injury.

Left-arm spinner Veerasammy Permaul ended with 4-102 from 45 overs to carry his tally of scalps for the season to 49 and left-arm pacer Raymon Reifer finished with 3-79 from 27 overs.