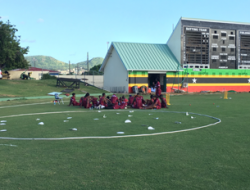 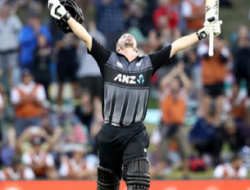 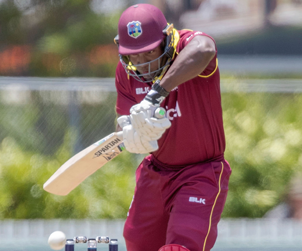 27th December 2017 Comments Off on Windies batsmen blamed for another series loss to NZ Views: 1170 News

CHRISTCHURCH, New Zealand (AFP) — The West Indies were again left searching for ways to handle New Zealand’s bowlers after crumbling to a 66-run defeat in the third one-day international in Christchurch on Tuesday.

The comprehensive win in a rain-abbreviated match extended New Zealand’s unbeaten run over the tourists, giving them a 3-0 sweep of the ODIs after winning both Tests inside four days earlier this month.

With the defeats mounting, West Indies skipper Jason Holder has repeatedly blamed a batting unit that has failed to adapt to New Zealand conditions.

In the third ODI, the West Indies were set a revised target of 166 in 23 overs after a lengthy rain break restricted New Zealand to 131 for four in 23 overs.

A valiant 34 by Holder helped the Windies reach 99 for nine by the end of the innings, with Boult producing figures of three for 18 and spinner Mitchell Santner taking three for 15.

“It’s unfortunate with the batting, we lost wickets up front again and were not able to build momentum,” Holder said.

His batting talisman Chris Gayle started the slide when he was out for four in the first over.

“It’s not an easy place to start with the ball swinging, but we’ve got to give ourselves a bit more of a chance to get started,” the West Indies captain added.

A dejected Holder also saw critical problems in his bowling line-up after New Zealand were restricted to 83 for three in 19 overs when the rain set in and then cracked 48 in four overs after the resumption.

“I think our death bowling can be a lot better,” he said, with Shannon Gabriel’s final over yielding 15 runs.

“Obviously it was an outstanding performance today,” Latham said.

“It was nice that … we managed to scrap to a total and the way the boys came out and did the job with the ball was outstanding.”

The West Indies end their tour with three Twenty20 matches starting in Nelson on Friday.