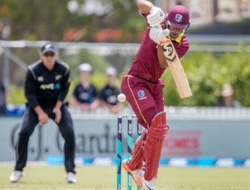 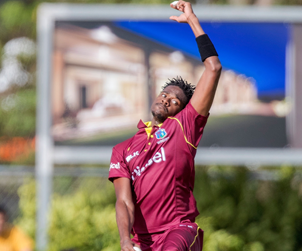 West Indies pacer Ronsford Beaton has been reported for a suspect bowling action during West Indies’ second ODI against New Zealand on Saturday. Beaton sent down eight overs in that match and picked up 1 for 60.

As per the ICC’s regulations pertaining to suspected illegal actions, Beaton’s action will now be further examined. He will have to undergo testing within 14 days. Beaton can continue to bowl, though, until the results of the test are known, which means West Indies can continue to use his services in the third and final ODI against New Zealand in Christchurch on Tuesday.

Even so, Beaton’s suspect action is now an added cause for concern for a West Indies side that has struggled in ODIs this year. West Indies have already conceded the ongoing series 2-0 and have lost 15 out of the 21 ODIs they have played this year.

The setback comes early in Beaton’s international career. He made his debut in the current series against New Zealand, and in his first two ODIs conceded 102 runs in 17 overs while picking up one wicket.