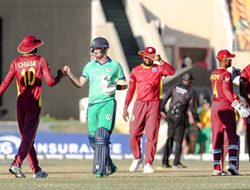 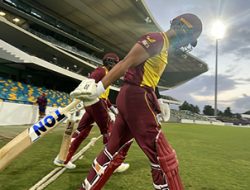 Batsmen Warm-Up With Solid Batting Ahead Of Betway T20I... 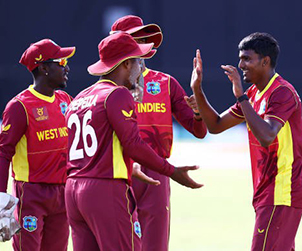 West Indies lost their opening match to Australia in Guyana, and the hosts hit back strongly, bundling out the Scots for 95 in the 36th over with Player-of-the-Match Sankar claiming 3-17 from his seven overs of superb seam movement. He accounted for the first three wickets to fall and Scotland Under-19s never recovered despite opener Oliver Davidson’s top score of 43 off 93 deliveries. 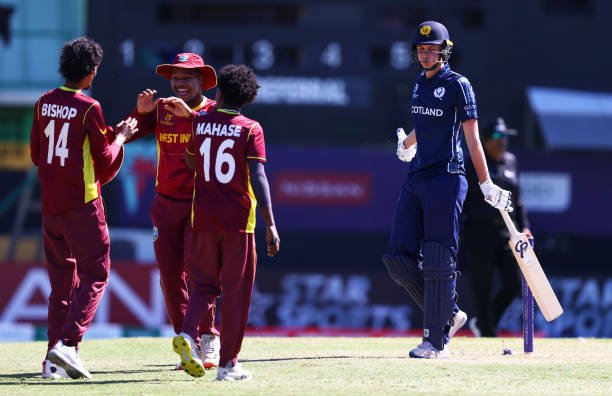 In reply, opener Shaqkere Parris produced a busy 26 from 29 balls but it was Teddy Bishop who saw his side home in the 20th over with an unbeaten 23 from 27 balls – including six over the off side to seal the victory.

Scotland were set back early, collapsing to 29-3 at the end of the ninth behind Sankar’s incisive opening spell. He claimed Charlie Tear (2) in the third over to a low catch at mid-off by stand-in captain Giovante Depeiza, before producing a marvellous double strike in the ninth over. First, he hit Samuel Elstone (7) in front with a full length delivery to gain an lbw decision and then removed Tomas Mackintosh first ball, caught at slip driving. 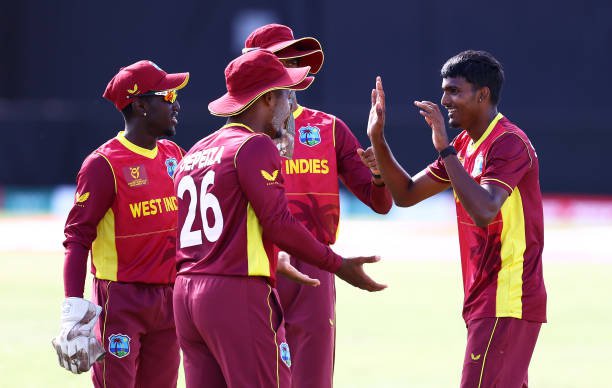 Left-arm spinner Anderson Mahase (2-16) made further inroads when he got Jack Jarvis to hole out to deep square for six in the 16th over and then also accounted for Muhaymen Majeed (11) stumped in the 20th. Davidson remained solid, holding the innings together while striking four fours to be only one of two batsmen to reach double figures.

In reply, Parris gave the hosts a strong start, hammering three fours and a six, to dominate a 37-run opening stand with Matthew Nandu (8).

However, when Nandu perished in the eighth over to a catch at fine leg off seamer Jarvis, the Rising Stars stumbled, losing three wickets for 29 runs to be 66 for three in the 16th over.

Parris missed one which came in with the angle from left-arm spinner Charlie Peat and was bowled in the 11th over while Rivaldo Clarke (13) edged a cut behind off Davidson’s left-arm spin.

However, Bishop settled his side’s nerves, punching two fours and a six in a 30-run, unbroken fourth wicket stand with Jordan Johnson (14 not out), to easily overhaul the modest target.

The home side will now face Sri Lanka Under-19s in their final Group D match on Friday, with the top two teams progressing to the next round. First ball is 9am (8am Jamaica Time).