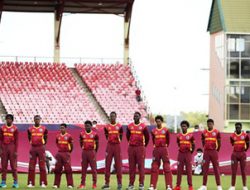 West Indies Go Under To Aussies In World Cup... 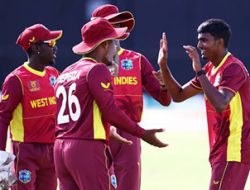 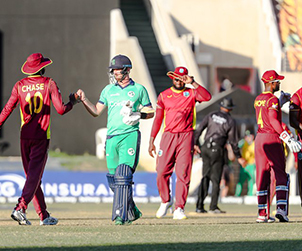 A half-century by Shai Hope and valiant bowling efforts by spinners Akeal Hosein and Roston Chase were not enough as West Indies went down in the CG Insurance ODIs series decider on Sunday. The result gave Ireland 2-1 win – their first series win over the West Indies. The visitors collected 10 more ICC ODI Super League points. West Indies are eighth place in the 13 team table with 40 points, while Ireland moved to fourth place on 50 points. 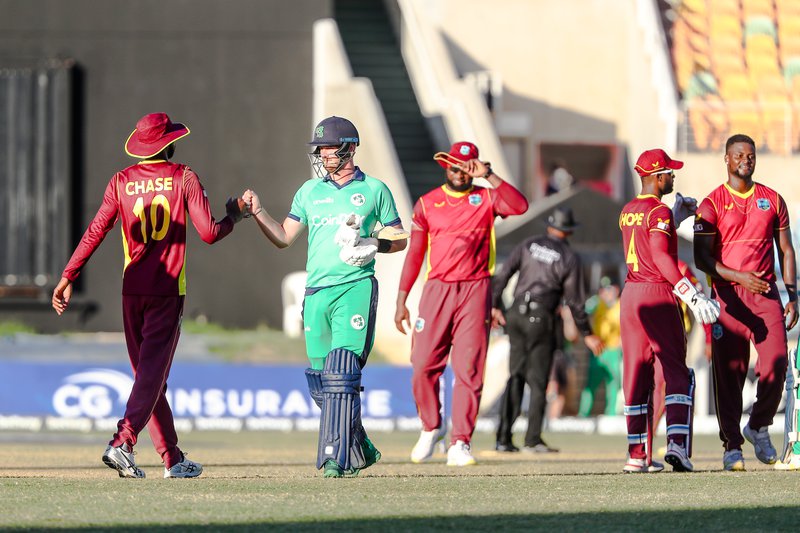 Ireland survived a lower order wobble to beat West Indies for only the third time in an ODI. Set 213 for victory they got 59 from Andy McBrine and 52 from Harry Tector, while stand-in captain Paul Stirling chipped in with a breezy 44. The visitors looked on course for a victory at 190-4 in the 40th over when panic set in among the lower order, four wickets tumbling for 18 runs in the space of 23 balls, as West Indies made a huge comeback.

“As players we take responsibility. As the leader of the team, I take responsibility for our performance on the field. It is no secret we are disappointed with the way we batted. We weren’t able to out enough runs on the board. The one game where we were able to score 269 we got over the line, but 229 and 212 at this international isn’t acceptable.”

“We’re delighted. It doesn’t happen every day. You don’t come out on away trips and turn over a side like West Indies every day so I’m very proud of the lads and how they’ve performed.”

Earlier, Hope’s top score of 53 – his 20th half-century in the format – looked to be laying the foundation for a large West Indies total after they were sent in. However, his dismissal triggered a decline, the next nine wickets fell for 126 runs, to leave the home side 212 all out in the 45th over. All-rounder Jason Holder played well with an important 44 off 60 balls and Akeal Hosein fought hard for 23. Off-spinner McBrine, with 4-28 and seamer Craig Young with 3-43 cause major problems.

Hope struck nine fours and a six in a swift 39-ball knock, posting 72 for the first wicket with Justin Greaves (12), before top-edging a hook at Young to fine leg in the 11th over.

Greaves then sliced Young to point in the 13th, Nicholas Pooran (2) and was leg-before-wicket for one in the next over before the in-form Shamarh Brooks (1) was also lbw to McBrine in the 16th.

When Pollard (3), Roston Chase (19) and Shepherd (13) followed, West Indies had lost seven wickets for 47 runs, to decline to 119-7 in the 28th over. Holder then anchored an eighth wicket stand of 63 with Hosein before Odean Smith belted a four and two sixes in a ten-ball unbeaten 20 to hand West Indies precious runs at the end.

In Ireland’s innings, McBrine anchored successive half-century partnerships – 73 for the second wicket with Stirling and 79 for the third with Tector. Stirling struck five fours and a six in a 38-ball cameo while Tector completed his third half-century of the series, notching three fours in a patient 76-ball knock.

The left-handed McBrine faced 100 balls and stroked half-dozen fours and a six but it was his dismissal – caught at the wicket off Smith in the 31st over – which triggered the late slide. Spinners Chase (3-44) and Hosein (3-53) then made quick strikes to set up an action-packed finish.