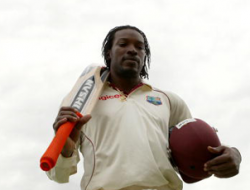 International cricket is headed for a major financial shift as Australia, England and South Africa lead a push to sell overseas television rights in a collective bundle overseen by a new, independent administrative body.

While the BCCI has expressed reservations about the concept, ESPNcricinfo understands that Cricket Australia, the ECB and CSA are adamant that a more collaborative approach to selling bilateral rights is the only way to minimise potential damage to revenue levels due to a shrinking of the Indian television market.

Their push for a new way to sell bilateral rights was a key part of discussions at a workshop convened by the ICC in Dubai this week. These meetings effectively signalled the death knell for the concept of two-tier Test cricket, but prospects are brighter for a Test Championship playoff, and formalised league structures for ODIs and international Twenty20 matches.

The recent acquisition of Ten Sports by Sony has cut the number of major Indian television rights bidders by a third, and both CA and the ECB are aware their current rich deals with Star Sports – worth up to US$8 million per international match – are unlikely to be matched next time around.

Overseas rights contracts for both nations are soon to expire, adding urgency to the boards’ desire for another approach that will mean less competition between nations and a better overall return.

“All countries are worried about the downturn in the Indian market and they feel a linked-together approach will be better,” a source told ESPNcricinfo. “Otherwise they’re out there on their own, two Indian broadcasters and 10 countries all with rights deals to sell – broadcasters can pick and choose.

“If you’ve got one rights package to sell with content they want included somewhere in it then you’re in a much better position.”

So eager are Australian, English and South African administrators to try the collective approach that they are unlikely to wait for consensus before pulling the trigger. The pooled bid could feature as few as three nations or as many as 10, depending on who responds positively between now and the next round of official ICC meetings in October.

Given that the deal would be for bilateral series only, there is no requirement for the pooled option to pass a vote of the ICC executive board. Instead CA, the ECB and CSA will need to convince other nations that the new deal is in their best financial interests, and also to formulate an independent body to oversee proceedings in a manner that would remove any doubts about the rich seeking a bilateral cash-grab at the expense of the rest.

“The decision to pool rights could be made by three, five, 10 countries, however many agree,” the source said. “It isn’t all in or none in – it will take place regardless of how many sign up.”

While the ICC has a department tasked with selling commercial rights to global tournaments, it has no authority to sell bilateral series. “Independence in decision-making in that group and also independence in terms of how the money is divided up is going to be really important,” the source said. “If big countries are seen to be muscling little countries then the concept weakens.

“But it’s got [to have] independent management and potentially governance that will position it as a genuine media player, rather than countries pursuing their own individual interests.”

The BCCI’s hesitance to get involved in the pooled deal thus far is driven in part by the differing television rights priorities for each nation. Indian cricket has generated massive revenue from the IPL, dwarfing the still-strong returns derived from international series and ICC events.

By contrast, all other boards including Australia, England and South Africa rely far more heavily on the television rights from bilateral series sold into the Indian market and ICC tournaments. While T20 began in England and has found a successful outlet in Australia’s BBL, neither competition is anywhere near as lucrative as the IPL – likewise the tournaments run by other nations.

“In the end the boards are competing against themselves and pulling in three directions,” the source said. “They’re the beneficiaries of ICC events, they’re the rights holders for bilateral cricket and they own domestic T20 competitions. It does come back to where they want to prioritise their energies and what balance of those three things they see their business running on in the future.”