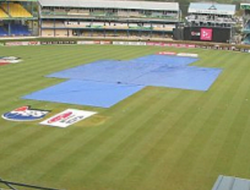 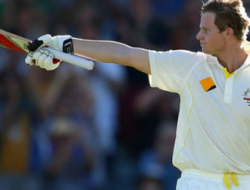 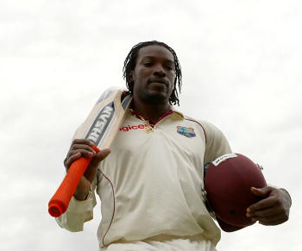 MUMBAI—Twenty20 superstar opener Chris Gayle says he is in talks with the West Indies Cricket Board for a possible return to Test cricket. The 36-year-old left-hander has played 103 Tests in a stellar career but has not suited up in the longest format in exactly two years.

“It’s a possibility I could return. We are in talks, so we’ll see what happens,” media report here quoted Gayle as saying.

Though Gayle has not been seen in Tests, he has been in a permanent fixture in the Twenty20 side and was at the forefront batting line-up that helped West Indies capture two of the last three ICC T20 World Cup.

However, he has been successful across all formats, plundering 7214 runs at an average of 42 in Tests and 9221 runs from 269 One-Day Internationals. West Indies, meanwhile, have continued to suffer in Tests and currently lie eighth in the international rankings.

Gayle said results were unlikely to improve until the current young team matured and relations between the WICB and the players were mended.

“To be successful in Tests will actually take time since it’s a rebuilding process,” said the left-hander.

“The youngsters in the team need to mature, gain a lot of experience and they still need a few senior players here and there to actually guide them along.

Gayle, who has played international cricket for the past 17 years, said West Indies had struggled with their concentration in Tests and as a result, had become adept at the T20 format where less concentration was required.

Taken from the Trinidad Gurdian