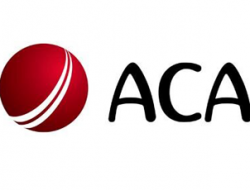 24th May 2017 Comments Off on England Series Will Be Learning Curve Views: 1620 News

Chief selector Courtney Browne has warned that West Indies should brace for a difficult tour of England this summer, but says the young regional side should use the experience as a learning curve in building for the future.

West Indies face the hosts in a three-Test tour starting in August, but have not won a series in England in 29 years and have lost all but one of the seven overall within the last 17 years.

With limited overs series against minnows Afghanistan next month and India in July, Browne said it was hoped these outings could provide some momentum for the Windies ahead of the England trip.

“I think Afghanistan for us, we’re looking for our guys to do very well against Afghanistan,” said the former West Indies wicketkeeper, who took over his current role from the legendary Clive Lloyd last June.

“Against India … we would like our side to be showing we can compete with the top-ranked teams. That’s very, very important for us. On that, going into England, it will give the guys much more confidence.”

Once the kings of world cricket, West Indies are currently ranked number eight in the ICC Test rankings, following a string of poor results in recent years.

They have lost their last six series and won just two of their last 17 Tests, with their most recent defeat coming in a 2-1 loss in a three-Test series to Pakistan earlier this month.