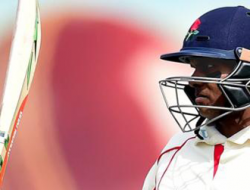 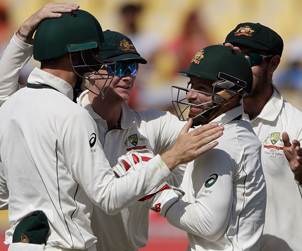 Independent mediation to break Australia’s player payment deadlock is being reconsidered by Cricket Australia (CA). The board chairman David Peever had rebuffed the offer by the Australian Cricketers Association (ACA) in correspondence to the ACA president Greg Dyer last Wednesday.

But Alistair Nicholson, the ACA chief executive, is now expecting CA to respond to the request for mediation by the time he touches down in London on Friday to meet Steven Smith’s national team. CA’s chief executive James Sutherland and Pat Howard, the team performance manager, will be in London at the same time as Nicholson, raising the possibility of a meeting away from official negotiations.

After the offer was first turned down, Dyer replied to Peever and addressed several areas of contention, particularly the claim that negotiations had not yet commenced. Nicholson last spoke to Kevin Roberts, CA’s lead negotiator, on Thursday and has gone ahead with plans to travel to England to keep the players informed of developments.

The ACA has unveiled detailed plans for a landscape after the expiry of the current MOU on June 30, and CA’s threat to discontinue players’ employment. These include the foundation of a contingency fund for female and domestic players placed in financial difficulty by the impasse, and now the announcement of a new company to deal with the players’ commercial rights to broadcasters, sponsors and media.

At the same time, the possibility of Australia’s top players and many more besides being out of contract at the end of next month has raised the interest of numerous Twenty20 leagues, from the Caribbean Premier League and the English T20 Blast, to South Africa’s recently announced T20 tournament that clashes with next summer’s Ashes series. Nicholson said he awaited CA’s response.

“We’ve called for a third party to come into the MOU negotiation. We’re waiting for a second response on that from CA. There’s obviously operational things that are going on day to day, but we’re keen to get through this impasse. We’ve got to be optimistic about it. I’m updating the male playing group when I see them gathered in the UK and get them up to speed on everything there.

Smith was due to speak in London later on Wednesday, and Nicholson said Australia’s players, male and female, international and domestic, were united in their position. “The players are really galvanised and aligned on what they’re looking for,” he said. “We’ve talked about the revenue sharing model as the way we think the game should go forward.

“The players aren’t saying ‘revenue share and nothing else’, it’s this revenue sharing model with flexibility underneath. We weren’t able to progress that as far as we could in negotiation, hence we’ve called for a third party to come in.”

All parties are conscious of the damage a protracted dispute could inflict. This is particularly true at a time when CA are chasing a suite of new sponsorship deals and entering the final year of their current domestic broadcast deals with Channel Nine for international cricket and the Ten Network for the Big Bash League.

The longer the standoff continues, the more it risks damaging fan interest in the game.

“We’ve got a very clear model with some flexibility underneath that, so we think we’re coming from a very reasonable and responsible position,” Nicholson said. “But there’s no doubt the sooner we can resolve this and get on with preparing for a really important summer, the better.

“The key thing is the players aren’t asking for anything more that they haven’t had, and so most Australians can understand that’s a fair request and the game’s going quite well. We feel we’ve got a very responsible position, but we do need to get it done and get some stability in the sport to then help commercial partners do what they need to.”