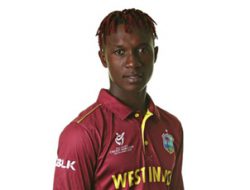 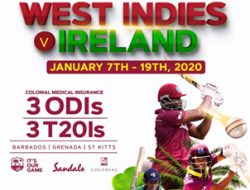 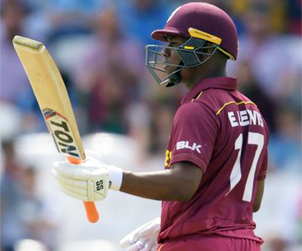 Bravo Makes Impact On Return, But WI Fall By 4 Runs

Dwayne Bravo made a spectacular return to the international arena but his bowling heroics were not enough to save West Indies as they fell to Ireland by just four runs in the first Sandals Resorts T20I on Wednesday afternoon. The talismanic allrounder was superb at the “death” of the Irish innings as his last three overs went for just 10 runs and he captured two wickets at the Grenada National Stadium. Overall, he had figures of 2-28 off four overs as the visitors amassed 208-7 off their 20 overs.

#WIvIRE Partnership broken!! @DJBravo47 with his #2Easy dance moves to celebration the Wicket!

Entering in the final over of West Indies innings, Bravo came close to securing victory with the bat. He could have won it, but was caught a few feet inside the deep midwicket boundary as he attempted a second six in the final over. Earlier in the over he got off the mark with a massive maximum over long-on which left the equation at seven to win off four balls.

Opener Evin Lewis continued his good form with 53 off 29 balls which included six fours and three sixes, while skipper Kieron Pollard smashed three sixes in 31 off 15 balls which kept the home side in the hunt.

It was a good comeback for me, as I said before it felt like I was making my ‘debut’ again. I really enjoyed my time in the field, I got a lot of love from the fans here and I want to say a special thanks to them for that,” Bravo told reporters after the match. … would have loved to get over the line today, but credit to Ireland, they played well and got the better of us. Overall, we did well – Evin Lewis and Lendl Simmons gave us a good start then we got some good knocks in the middle. We move on to St Kitts now where we have to win both matches to take the series. I’m up for it!

Earlier in the day the Irish total was set up by a record opening stand of 154 between Paul Stirling (95) and Kevin O’Brien (48). Stirling smashed eight sixes off 47 balls, while O’Brien hit two sixes and four fours off 32 balls before they were parted. Bravo intervened to have O’Brien bowled with a clever change of pace in the 13thover, while Stirling was the first of two wickets for left-arm spinner Khary Pierre.

The two teams now travel to St Kitts for the conclusion of the Sandals Resorts T20I Series. The matches will be played under lights on Saturday night and Sunday night at Warner Park.