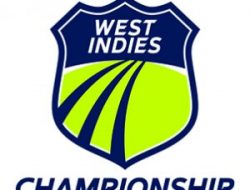 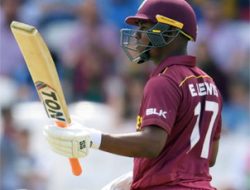 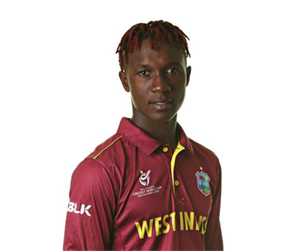 This young man is having a blast in the ICC Under 19 World Cup Warm Ups! Kevlon Anderson blazed 101(72 balls) in the warms ups v Scotland with 5 Fours and 3 Sixes to help WI Under 19 win by 126 runs! #WIUnder19

Anderson, the talented young batsman from Guyana, was 101 not out in a swashbuckling knock that came off 72 balls, with the Windies posting 322 for six from their 50 overs.

He was ably supported by Kimani Melius (67) and Leonardo Julien (65) for the mammoth total.

The Windies innings contained two strong stands as Melius and Julien combined for a century for the second wicket; with Anderson dominating the fifth-wicket partnership batting alongside Daniel Beckford (27).

They were never able to put the pressure on in a chase where they needed to score at nearly seven runs to an over in order to reach the target.

Joshua James was the pick of the bowlers for the islanders with his three for 22 from six overs.

Windies take on Australia in their Group B tournament opener on Saturday in Kimberley.