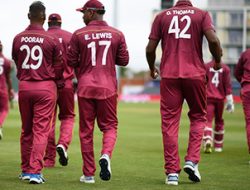 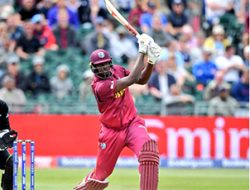 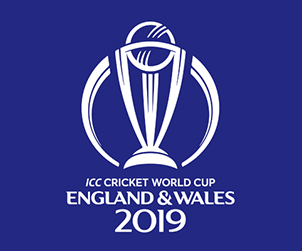 BRISTOL, England – West Indies left-arm fast bowler Sheldon Cottrell spoke to CWI Media on Monday, ahead of the second official warm-up match against New Zealand as the teams prepare for the ICC Cricket World Cup. The contest will be played at the County Ground in Bristol. First ball is 10:30am (5:30am Eastern Caribbean Time/4:30am Jamaica Time).

The strongly-built 29-year-old said he is fired up for the marquee event and wants to do something special for the team and the people of the Caribbean. A member of the Jamaica Defence Force, Cottrell is known for his trademark salute celebration. Earlier this year he made an impact on his return to the ODI format with a career-best 5-46 against England at the Kensington Oval in Barbados.

“It has been a gradual build-up to the first game (of the World Cup). I’m ready… can’t wait for Friday to come…. the entire team is ready. The chemistry in the team is something I’ve never seen before, everyone if bouncing around and enjoying every moment of it,” Cottrell said.

“I got no hand-outs … I had to work really hard to get here. I’ve done well and I have been rewarded. It wasn’t an easy road, but I put in the hard work and now I’m excited and ready to face the challenge of playing in the Cricket World Cup.”

He added: “Tomorrow’s game against New Zealand, I’m taking it very seriously. It’s the final warm-up before the big tournament – so I know what I want to do and what is required to be in top shape for the World Cup.

This is the 12th edition of the Cricket World Cup and it will be played in England and Wales from May 30 to July 14. West Indies open their campaign on Friday, May 31 against Pakistan at Trent Bridge in Nottingham. First ball is 10:30am (5:30am Eastern Caribbean Time/4:30am Jamaica Time).