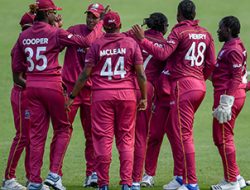 Taylor Stars With The Bat While Fletcher Spins West... 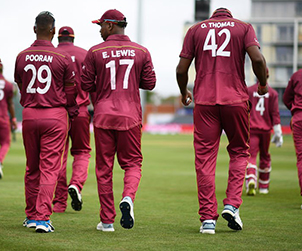 BRISTOL, England – West Indies captain Jason Holder spoke to members of the media after Sunday’s match against South Africa was called off due to rain at the County Ground in Bristol. It was the first official warm-up match for West Indies in this ICC Cricket World Cup and the Proteas reached 95 without loss off 12.4 overs. There were several stoppages for rain beafore a heavy shower around 4pm caused the game to be abandoned.

“It was not ideal today, with the rain, but it’s out of our control. Obviously, it’s a situation where we need to hope we get some cricket in in the next two days against New Zealand. We just came from Ireland and playing the Tri-Nation Series there, so we’ve had a lot of cricket leading up to this. Some of the guys have been playing IPL cricket and everyone was playing cricket leading up to this tournament, so I think we’re all well attuned to the conditions,” Holder said.

West Indies will have their second warm-up match against New Zealand on Tuesday at the same venue as they continue preparations for the marquee event. This is the 12th edition of the Cricket World Cup and it will be played in England and Wales from May 30 to July 14. West Indies open their campaign on Friday, May 31 against Pakistan at Trent Bridge in Nottingham. First ball is 10:30am (5:30am Eastern Caribbean Time/4:30am Jamaica Time).