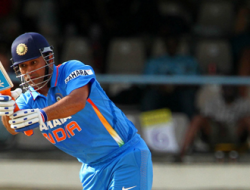 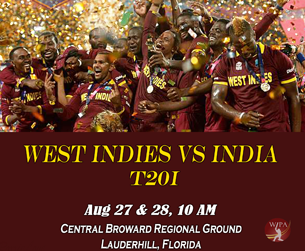 It was a script one would find in a best seller. In dramatic fashion, the West Indies senior men’s team defied the odds to become World T20 Champions. And oh, did they do it in fine style. Having got through the group stages comfortably enough, winning 4 of 5 games, the penultimate match up was a huge test. India, who were hosts, and favourites, put up a strong challenge. Their top order fired, and fired well, headlined by the masterclass of Kohli’s unbeaten 89. As fortune would have it, the West Indies’ concerns about Andre Fletcher’s injury were relieved when Lendl Simmons, who had only just recovered from his own injury, was flown in to join the team in the knick of time. Three times India thought they had Simmons going back to the dressing room, three times India were wrong. At the end of it all, Simmons was 82*, and with good contributions from Charles (52) and Russell (43*), West Indies upset India, and were one step closer to the ultimate prize.

The final was a battle against England. Early wickets from Badree and Russell saw England struggling at 23-3. After some resistance, Brathwaite and Bravo took care of business, and England were restricted to 155. England, however, had plans of their own, taking 3 wickets for 11 runs, including that of the big man, Chris Gayle. Things got sketchy for the West Indies. At the 16th over, WI were 6 wickets down. A special innings from Marlon Samuels, who eventually made 85*, saw West Indies needing 27 from 12 balls to win. But suddenly, the boundaries dried up, and it appeared the West Indies batsmen forgot how to hit a ball.

Until that glorious final over, 19 runs required from 6 balls, fans nervous and on the edge of their seats, England hopeful of the win, just short of celebrating, Carlos Brathwaite on strike. First ball, “heaved into the leg side”, six! “Oh, the West Indies are helped.” But “they need a couple more.” Second ball, big shot, down the ground, “into the stands.” Samuels runs to hug Brathwaite, Windies fans everywhere are rejoicing, there’s hope, “but it’s not finished yet.” Third ball, skied high, and for a quick second we wonder if this would be a wicket, but Brathwaite was following the instructions of his senior statesman Marlon Samuels, “swing for the hills.” And that he did, it was high but it was long, six! Ultimate euphoria! Needing only 1 run, Brathwaite hit his fourth consecutive six, guaranteeing that England, West Indies, and cricket fans across the world would “remember the name” for years to come. Eden Gardens was ‘lit’; Brathwaite, 24 runs from 4 deliveries, and the West Indies were Champions once again!

Now the Champions are back for their first T20 game since that glorious day, and we can hardly wait. India are looking for revenge, and the West Indies are hoping to make good on their claim to “Champion” status. The stage is set for a good showdown. Interestingly enough, a 2-0 win could see the Windies overtake India’s number two rank on the ICC T20I Team Ranking. Young Carlos Brathwaite has only two T20I’s under his belt, and a far more seasoned dressing room that is full of T20 superstars. But if that final over of WT20 2016 is any indication of Carlos’ abilities to lead or to get the job done, the captaincy seems to be in very safe hands