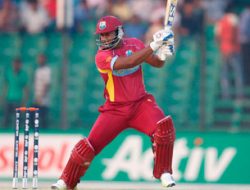 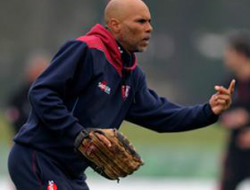 A record number of local and international stars have been officially registered for the Hero Caribbean Premier League (CPL) Player Draft which takes place on Friday, 10 March in Barbados.
In all, 258 players from across the Caribbean and most of the leading cricketing nations are in the frame to secure a coveted place in the tournament, which is this year scheduled to take place between 1 August and 9 September, with fixtures and dates to be announced in due course.
Commenting on this year’s list of applicants both in the West Indies and across the world, Director of International Cricket for CPL, Tom Moody said: “T20 is capturing the world of cricket by storm, and with the huge numbers of talented players from across the cricketing world eager to sign up to the biggest party in sport, I’ve no doubt that the 2017 season will be our best yet.
“In attracting the cream of international talent from a healthy blend of established and fast-developing nations, it extends the growing international appeal of the sport and of the Hero CPL itself, and I have no doubt that we are going to see a hugely contested Player Draft in Barbados on March 10th.”
There’s a strong list of West Indies talent who were both drafted and undrafted in 2016, including former Antigua Hawksbills and St. Kitts & Nevis Patriots star all-rounder Marlon Samuels who was the man of the match for the West Indies in their ICC World T20 final victory over England last year.

There will be 28 players from Australia in the Draft, an increase of six from the 2016 campaign, including a blend of experience in Brad Haddin, Ben Hilfenhaus and Brad Hogg allied to a crop of up-and-coming talent which includes leg-spinner Adam Zampa who was a star for Guyana Amazon Warriors in the 2016 season. A further 17 New Zealanders, including the likes of Corey Anderson, Grant Elliott and Jimmy Neesham, are also in the mix.

England have four players and included is T20 specialist fast bowler Tymal Mills, who made his T20 international debut for England against Sri Lanka last summer, and is an eye-catching addition amongst the contenders who will be aiming to secure a place in the Hero CPL for the first time. Ireland will have three representatives in the Draft.
Pakistan will have the highest representation in the Draft after increasing last year’s tally from 38 players to 46. Meanwhile, Afghanistan’s rise in the shortest format of the game sees Rashid Khan and Mohammad Nabi named in a five-strong contingent who will also be hoping to make their tournament bows.
With the high-profile transfers of Chris Gayle (Jamaica Tallawahs to St. Kitts & Nevis Patriots) and Dwayne Smith (Guyana Amazon Warriors to Barbados Tridents) already confirmed, the list does not include those players who have been retained by their franchises. They, like the marquee players, will be announced at the Player Draft on March 10th.

The HERO Caribbean Premier League (CPL) is a franchise-based T20 format cricket tournament that combines two of the most compelling aspects of Caribbean life – dramatic cricket and a vibrant Carnival atmosphere. Over 149 million fans watched the 2016 season, combining broadcast and digital viewership, to make it one of the fastest growing leagues in world cricket. Jamaica Tallawahs are the current Hero CPL champions and the other competing teams are Barbados Tridents, Guyana Amazon Warriors, St. Lucia Zouks, St. Kitts & Nevis Patriots and Trinbago Knight Riders.