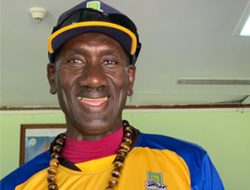 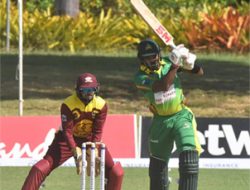 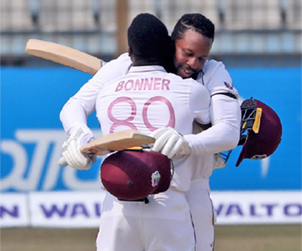 WIPA especially celebrates Kyle Mayers’ magnificent, unbeaten, double-century on debut (210*), and Nkrumah Bonner’s invaluable, calculated, patient knock of 86, also on debut, that led the charge to successfully chase 395 with three wickets and fifteen balls to spare. We also congratulate Kyle on being only the sixth cricketer in the history of the game to pass 200 on debut and only the second player to score a Test double-century in a successful chase, among a few other notable records.

We, and we are sure the entire West Indies cricket fraternity, are happy for and encouraged by this all-round team performance. In the face of several adversities and conditions not ideal, this young, largely inexperienced team dug in, delivered the goods, and made themselves, and us all, very proud. We especially want to highlight and celebrate that this team performance was:

WIPA President and CEO, Wavell Hinds, congratulated Mayers, Bonner and the entire West Indies team a few hours after the amazing victory, “Hearty congratulations to the West Indies men’s team on this very significant victory. Special congratulations to debutants Nkrumah Bonner and Kyle Mayers on their impressive display of strength and resolve. You are all very deserving of this win. Enjoy every minute of this result as you prepare for your next game”.

WIPA looks forward to continued good returns from the entire West Indies men’s team and we wish you all the very best for the second Test.