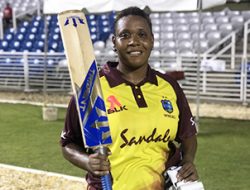 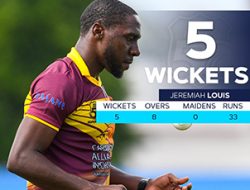 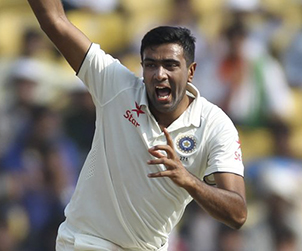 RAJKOT, India – The WINDIES suffered one of their heaviest defeats ever when they lost the first Test of the Paytm India vs West Indies, Test Series in Rajkot, by an innings and 272 runs.

Starting day three on 94/6 and some 555 runs adrift of India’s first innings total of 649/9 declared, Roston Chase and Keemo Paul looked settled and ready to give the WINDIES a glimmer of hope of stretching the match.

Paul was the aggressor of the pair, ad he played fearless shots and charges to the Indian bowlers. He attacked Ashwin, Yadav and company when they came at him. The pacers also felt the brunt from his bat. Chase chose to take the more docile route, picking up singles and despatching the bad balls from India’s premier bowlers.

But just when his first Test half-century was in sight, he slashed at one and was caught for 47. Chase then soldiered on, since he was the last real batsman in the WINDIES line-up. Devendra Bishoo joined Chase and the pair continued the quiet build to a reasonable score with the current 7th wicket down.

Chase brought up his half-century but fell soon after for 53 when he was bowled by Ashwin. The rest of the batting line-up folded soon after, Bishoo the only other to get double figures. He remained not out on 17.

India enforced the follow-on and the WINDIES started their second innings with a more attacking style and confident defence. It showed when Kieran Powell struck a couple boundaries and a six within the first four overs. Brathwaite looked more settle than the first innings, but he did not last too long at the crease, Ashwin had him caught by Prithvi for 10. The WINDIES 32/1.

Powell continued, and it seemed he had found a patient partner in Shai Hope but Kuldeep Yadav trapped Hope lbw for 17 to start his wickets tally. Shimron Hetmyer looked dangerous and focused to make amends for the runout in the first innings. He struck a magnificent six but going for another big heave, got an outside edge to short leg and was caught for 11.

Sunil Ambris danced down the wicket facing his third delivery and was quickly stumped off another Kuldeep Yadav delivery. Despite the wickets falling around him, Powell soldiered, bringing up his half-century in just 92 deliveries. After he became Kuldeep Yadav’s third wicket. The only other batman to deal with the dead-end pressure, was Roston Chase, he made 20 in what would have been a “less than ideal” overnight and then this morning.

Stand-in Captain Kraigg Brathwaite admitted “It’s not start we would like. We did not have the big partnerships as we would have liked, and I believe that’s what costed us the match. I told the guys to trust their abilities and defend their wicket, it wasn’t easy, and it was our downfall.”