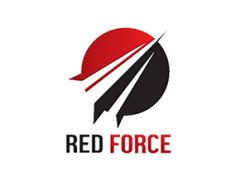 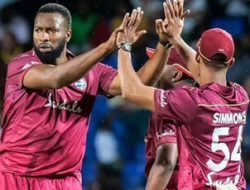 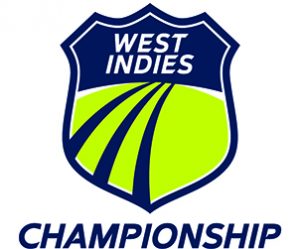 Harding and Holder shared seven wickets to undermine the Jaguars second innings batting on the final day of second round matches in the Championship, giving the Pride their first victory over this opponent in seven years on home soil and six years in this competition.

And, Nkrumah Bonner struck his maiden first-class hundred to lead another strong comeback in the Championship for hosts Jamaica Scorpions and helped them earn a draw with Windward Islands Volcanoes.

Bonner, whose 58-match Championship career has included 14 appearances for Combined Campuses & Colleges Marooners and 23 for Hurricanes, stroked an even, undefeated 100 and the Scorpions scripted a fascinating escape for the second successive week.

Scorpions resumed from their overnight total of 291 for three with Bonner and former captain Paul Palmer Jr at the crease.

The pair completed an 86-run stand for the fourth wicket before Palmer was caught behind off left-arm pacer Preston McSween for 42.

No other Scorpions batsman reached 20 on the day, but Bonner kept things going and got to his landmark, which prompted the declaration about 40 minutes after lunch.

Left-hander Devon Smith led the way with 47 for Volcanoes, who now move into second place.

Scorpions pacer Derval Green, later named Player of the Match, took 3-30 from 12 overs to add a tinge of excitement towards the end.

Vishaul Singh added 23 to his overnight score to end with the top score of 79 for the Jags – now placed fourth – and put on 68 for the fourth wicket with Barbados-born, fellow left-hander Raymon Reifer.

But there was little resistance from the rest of the batting once Reifer was caught behind off Holder for 31 from a loose drive and Singh was caught at gully off the same bowler, also essaying a drive.

A stand of 38 for the sixth wicket between Anthony Bramble and Chandrapaul Hemraj either side of lunch stemmed the fall of wickets for almost 45 minutes.

But Harding had Bramble caught at first slip for 19 and hastened the end with the scalps of Hemraj for 42, Veerasammy Permaul and Nial Smith in quick succession before Holder bowled tail-ender Keon Joseph to bring the innings to a close.

Chasing 79 for victory, Pride lost the scalps of opener Shayne Moseley, their captain and West Indies opener Kraigg Brathwaite and Player of the Match Jonathan Carter before Shamarh Brooks turned part-time left-arm spinner Hemraj into mid-wicket for a single to formalise the result about half-hour after tea to move into third place.

Pride had not beaten Jaguars in a Championship match on home soil since a 93-run victory in March 2013; and they have not beaten their opponents in the PCL era since November 2014, when they won by two runs in a tense finish at the Guyana National Stadium.

Hosein took two of the last three Hurricanes wickets and ended with 6-62 from 25.4 overs for match figures of 10-113 to earn the Player of the Match award.

Red Force needed a little under 40 minutes to complete victory and move to the top of the Championship ladder.

Hurricanes, resuming from their overnight total of 162 for seven, lost Damion Jacobs with the final ball of first over of the day, when Hosein trapped him lbw for two.

Quinton Boatswain offered token resistance before he was run out for one and Sheeno Berridge became the last scalp for Hosein to bring the contest to a close.

West Indies pacer Alzarri Joseph, batting at eight, gave evidence of his improving batting prowess with the top score of 47 not out for the Hurricanes.