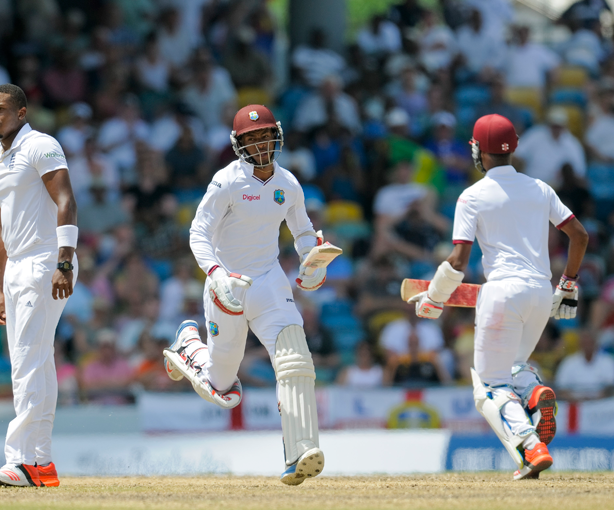 A five-wicket haul for legspinner Shahzaib Ahmed ensured the PCB Patron’s XI secured a first-innings lead before an eventual draw on the final day of the three-day tour match against West Indies.

Darren Bravo and Shai Hope picked up where they left off on day two, their third-wicket stand contributing 93 runs in the end before Bravo was caught behind off Shan Masood just nine short of a century to make it 209 for 3. Hope added another 51 in tandem with Shane Dowrich for the sixth-wicket before he was Shahzaib’s third victim, bowled for 76 to make it 286 for 6.

From there, West Indies needed only a further 23 runs to secure a first-innings lead but Shahzaib ripped through the rest of the middle order to spark a slide which saw West Indies lose their last five wickets for 11 runs to be all out for 297, 11 runs behind the PCB Patron’s XI. The legspinner had already claimed Kraigg Brathwaite on day two before Roston Chase was his first victim on day three for a duck. Hope’s wicket was then followed by a return catch from Jason Holder in his next over before a leg before decision to remove Dowrich for 33 made it three wickets in three consecutive overs to bring up a five-wicket haul.

Junaid Khan came on for a late spell and wiped out the rest of the tail to finish with 2 for 31. Brathwaite then struck twice in the 16 overs the PCB Patron’s XI squeezed in with the bat before play was called off, claiming Masood and Ahmed Shehzad, while Holder took the other wicket to fall, Mohammad Hafeez caught behind.