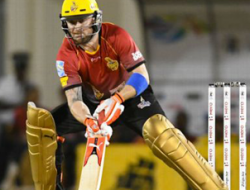 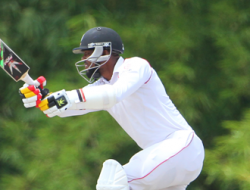 The West Indies drew their tour match with Kent as weather impacted on their hopes of more batting practice on the final day in Canterbury.

Play began 80 minutes late after rain, with the tourists 66 runs behind and they lost Kraigg Brathwaite (8) to Charlie Hartley’s fourth ball.

Kieran Powell (23) and Shai Hope (30) both spent time in the middle while Shimron Hetmyer made an unbeaten 43.

However, lightning and bad light forced the players off at 17:00 BST.

The West Indies face Derbyshire on Friday in their final warm-up match before they begin their three-Test series against England at Edgbaston on 17 August.