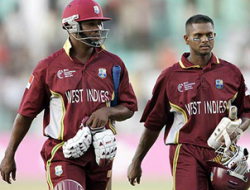 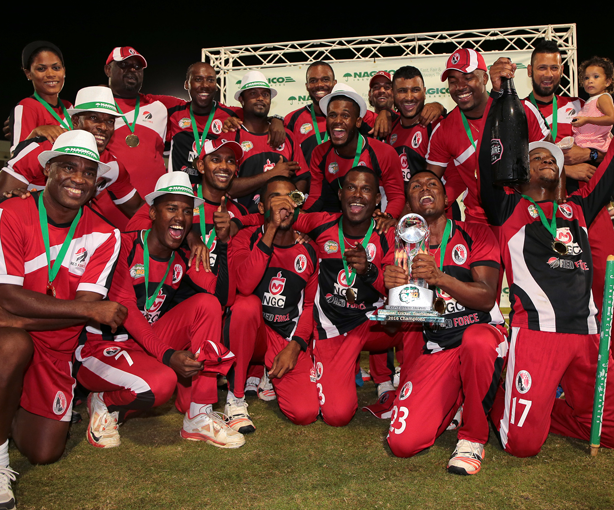 Darren Bravo’s hot bat put Barbados on ice as Trinidad & Tobago secured their second straight Nagico Super50 title with a 72-run win in front of a small but noisy crowd on Saturday night at Queen’s Park Oval. Bravo made 97 off 104 balls, his third straight fifty in the tournament, as Barbados had few answers for an aggressive T&T batting unit.

Despite playing in only three matches, Bravo’s 274 runs at an average of 91.33 put him at No. 1 for both categories in the tournament. His value was immense both in the semi-final win over Guyana and in the final against Barbados, helping T&T avenge a loss to end group play.

Evin Lewis and Kyle Hope got the hosts off to a confident start after being sent in, cruising through a wicketless power play before Lewis was caught behind off Carlos Brathwaite in the 12th over for 25 to end a half-century stand. It was the first of three such partnerships on the day as a deep T&T lineup offered little respite for the visitors.

Bravo, who was named Man of the Match for his efforts arrived in the 17th over and didn’t depart until the 49th, given out caught behind chasing a wide delivery from Jason Holder. By that stage though he had put T&T in a commanding position.

Bravo brought up his half-century off 69 balls in the 38th over having spent much of the innings blunting the left-arm spin tandem of Sulieman Benn and Jomel Warrican. Benn entered Saturday’s final tied for the tournament wickets lead with 14 in six games including two four-wicket hauls but could only snare one man on the day, Jason Mohammed for 31 after the T&T captain had added 75 with Bravo for the fourth wicket.

With the score 177 for 4 to start the final 10 overs, Bravo and Denesh Ramdin stepped on the accelerator by taking on Holder and clattered him for four boundaries over his next two overs. Holder was forced to turn elsewhere for help and it took Brathwaite to end the 57-run stand with a slower ball to Ramdin. Holder returned in the 49th to claim Bravo three short of a ton but the damage had been done.

The Barbados chase stuttered from the start – Dwayne Smith gone in the second over slashing Marlon Richards to Rayad Emrit on the boundary at third man – and they were four down by the end of the opening ten-over power play. Emrit took two of those wickets, including the prized scalp of Kraigg Brathwaite who chased a wide inswinging delivery only to chop onto his stumps.

With the fall of Shane Dowrich in the 20th over, the visitors were reduced to 80 for 6. Shai Hope continued to battle in making 50 and put on a 59-run stand with Carlos Brathwaite. By the time Hope fell, the score was 149 for 9 in the 35th over. A 49-run 10th-wicket stand only served to make the margin of defeat look respectable but in reality Trinidad & Tobago brushed off Barbados in much the same fashion as they had Guyana in last year’s final.