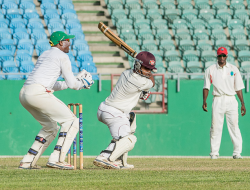 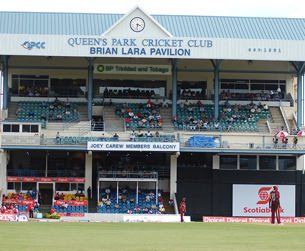 24th August 2016 Comments Off on Probe To Be Launched Into QPR’s Poor Outfield Views: 1136 News

PORT-OF-SPAIN, Trinidad (CMC): An investigation is to be launched into the reasons for the poor condition of the outfield at the Queen’s Park Oval (QPR) which led to play in the fourth Test between West Indies and India being abandoned after only 22 overs.

The Trinidad and Tobago Cricket Board (TTCB) announced that it is teaming up with the Queen’s Park Cricket Club (QPCC), to carry out the probe after the fourth and final Test finished in a farcical draw on the final day Monday.

Attempted mopping up operations by ground-staff occurred in an abundance of sunshine at Queen’s Park Oval but were all in vain.

“As hosts, the Trinidad and Tobago cricket Board (TTCB) and the QPCC regret that limited play was possible in the fourth Test match between WI and India at the Queen’s Park Oval,” the statement read.

“We have jointly launched an investigation to determine what occurred with a view to remedying the situation so that this does not occur in the future. Once this has been done it will be presented to the WICB.”

West Indies reached 62 for two in nearly two hours of play possible in the morning session of the opening day.

West Indies lost the opening Test in Antigua by an innings and 92 runs, drew the second in Jamaica before suffering a 237-run defeat in the third Test in St Lucia.