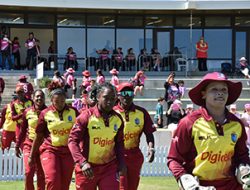 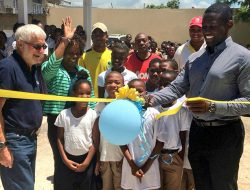 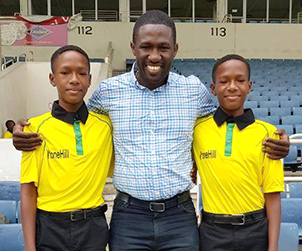 West Indies Player’s Association, president and CEO, Wavell Hinds describes the development of twin sons, Alex and Corey Hinds, who were recently called to Jamaica under-15 squad as being “transformational”.

Hinds said being born in a cricket family means both youngsters are naturally inspired to play and are students of the game. However, their progress could not be accomplished without some element of work going into honing their skills, and Hinds credit his father, Ambrose Hinds, as the main architect behind their development. “They started out just playing the game, but naturally, because they are born into a cricket family, they grasp a lot just by watching and participating. So there are things that come naturally, but some skills have to be honed. But they are just starting and we just want to expose them to all rudiments of the game,” he said. “I have given them technical support and I have spoken to them. I have had multiple sessions with them, but their grandfather, also my first coach, took them to play for Portsmouth, where I started. So they have taken the same path, playing junior cricket for Portsmouth and Portmore and are now at Kensington and their grandfather has been leading the charge,” he declared.

“Their mommy, Sheryl Morris, is behind them 100 per cent and also their (Kensington) coach Terrence Cork, where they play under-15 and Under-17. So they have their support,” he said.

The former Windies opening batsman is pleased that the boys have already made the step into the international arena, and although the future of no sportsman is guaranteed, he has high hopes. “I am excited for them making the national team and going after their dreams. I will give them all the necessary support they need to go forward. They are developing players and they try to express themselves. “We want to expose to them to the technical and the mental part of the game, because cricket is 90 per cent mental and they need to have a full understanding. If they do, they’re on their way to go as far as they desire,” he said.