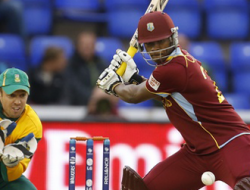 All on board for South Africa tour

SYDNEY – Brian Lara believes the “real problem” with West Indies cricket is the lack of communication between the board and the players.

“We’re a laughing stock at present,” Lara said after arriving here to play golf in next week’s pro-am ahead of the Australian Open at the Australian Golf Club.

The champion left-hander, a former West Indies captain and their leading scorer in Tests and One-Day Internationals during a career from 1991 to 2007, called it “very unfortunate”.

“The real problem is communication,” he said. “I won’t point fingers. I am very biased towards players, because I was a player and I’ve experienced relationships in the past with the West Indies Cricket Board (WICB) and I know what they’re like.”

“There is no communication and it escalates into something disastrous,” he added.

“Communication is something I have never experienced with the West Indies Cricket Board, as a captain and as a player. I suspect it’s the same thing that’s going on at the moment.”

He was referring to the players’ abandonment of the tour of India last month over a pay dispute with the WICB and the West Indies Players’ Association.

A three-man task force that includes former WICB president Sir Wes Hall has been mobilised to fully investigate what led to the withdrawal of the West Indies players and will make recommendations to the WICB as to how such an event could be avoided in the future.

Lara said he was confident West Indies cricket would survive a potential lawsuit worth US$42 million from the Board of Control for Cricket in India (BCCI) but lamented their current standing in the world game where they were eighth in the International Cricket Council Test and ODI rankings.

The WICB has admitted it is bankrupt and in no financial position to compensate the BCCI for the players’ withdrawal.

“It’s sad where our cricket has reached,” Lara said. “It’s out in the open. The egos have to get out of the way. It’s very frustrating. It’s not something you envisage from [a team] that has brought so much joy to their people.

“I don’t want to put my foot in my mouth and express blame but it’s really sad that we haven’t come to terms with what cricket means to us.”

Lara’s view was that the days of West Indies’ domination of the world game like in the 1970s and 1980s are over.

Taken from the Barbados Nationnews