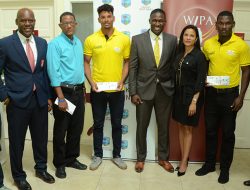 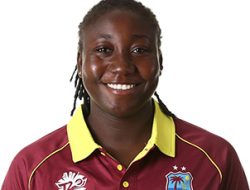 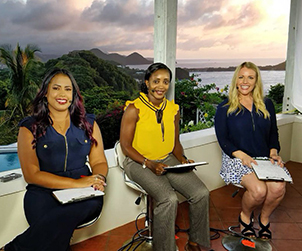 In 2016, Stacy-Ann King was part of the West Indies squad that won the ICC Women’s World T20 title following victory over Australia in the final in Kolkata. Fast forward two years, and the Women’s World T20 Champion, King, has found herself in a different capacity, this time as co-commentator for ESPN Caribbean during their television coverage of the 2018 edition.

The 35-year-old King, who recently competed for Trinidad and Tobago in the 2018 edition of the regional women’s championship, is over the moon about her involvement in broadcasting. King admits however, that it has been bitter-sweet for her, as she “is not able to help the team to defend our World T20 title that we won in 2016,” a feat King calls “priceless”. Stacy-Ann however notes that being able to still be a part of the Women’s World T20 is “the bigger picture” for her; she enjoys the commentary, and often “gets goosebumps.. reliving some of the experiences”.

King got the nod to be part of the commentary team after veteran commentator Ian Bishop recommended she be part of the team. Recounting the call from producer Peter Steep, King stated that when she got the call, she “was quite happy to accept”. King says working with the ESPN Caribbean team has been really good and that she has been enjoying every minute of it. “Working with Alexis Nunes and Melinda Farrell has been unbelievably comfortable,” King remarked.

King has been interested in the media/broadcasting side of cricket for a while. The left-hander who represented the Adelaide Strikers in the Women’s Big Bash back in 2015, got her first taste of media in 2013, when she did a course in broadcasting. King credits veteran cricket commentator Joseph ‘Reds’ Pereira and Ian Bishop for introducing her to the industry. ‘Reds’ told King back in 2013 that he thought media would be a good fit for her, and King believes based on her experience, knowledge of cricket, and the fact that she loves to talk, it’s a natural fit. King also adds that West Indians bring something unique to commentary, as “our accent alone is to die for”.

The Windies Women will play Australia Women in the semi-final of the 2018 ICC Women’s World T20 Championship on Thursday, November 22 in Antigua. Ironically, Australia was the last team King played against for the West Indies. Having watched the team compete over the last couple of weeks, King, who has played 76 T20 Internationals, and has a top-score of 81 runs, believes the girls can go all the way and retain their title.

Stacy-Ann Camille-Ann King was born on July 17, 1983 in Trinidad and Tobago. King, who is also a physical training instructor, holds the record, along with Tremayne Smartt, for the highest third-wicket partnership in a Women’s T20 International, 124 runs. 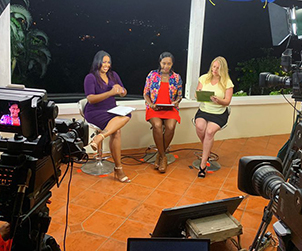 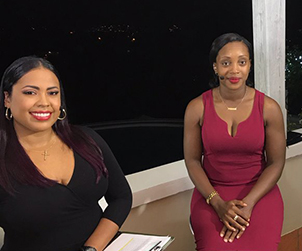