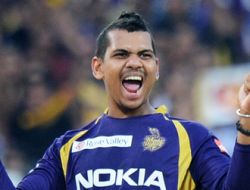 MICHAEL HOLDING has written off West Indies’ hopes in the Test series against England as cricket in the Caribbean enters one of its most critical stages off the field. The West Indies Cricket Board (WICB) is likely to discover in the coming months whether the Board of Control for Cricket in India (BCCI) will pursue a £28 million compensation claim for their abandoned tour last October.

With reports the BCCI is also weighing up whether to pull out of their scheduled tour of the Caribbean next year the WICB – which last month announced a £1 million loss for the previous 12 months – faces the prospect of two major financial blows that could result in bankruptcy.

The predicament is a culmination of a dysfunctional relationship between the board and players, who initiated the embarrassing India tour walk-out following a protracted payment dispute also involving the West Indies Players’ Association (WIPA).

The fall-out has now not only left the WICB waiting nervously under the BCCI’s legal high ground, but also without most of their star names for the three Tests against England.

Eight potential first-choice players will instead play on the other side of the world – in the cash-rich Indian Premier League – which effectively represents the divide in West Indies cricket.

“Cricket in the Caribbean is in desperate trouble,” Holding told Press Association Sport.

“The board are muddling from one fiasco to another and now we have the Indian fiasco hanging over their heads. It’s not surprising that the players have no respect for their employers and as a result they are showing them no commitment.

“Against England, with so many players out of the team, they do not have a ghost of a chance. That’s the honest truth.”

West Indies have always been hardest hit by IPL absentees – due to a clash with their domestic season – but Holding believes the WICB must be held accountable for failing to promote hope the tide might be turned.

Most recently all-rounder Dwayne Bravo retired from Tests after he was removed as ODI skipper, and omitted from the World Cup squad, after he was in charge during events in India last autumn.

Holding believes the 31-year-old was “victimised” despite claims from chairman of selectors, and revered former skipper Clive Lloyd the board had no axe to grind with Bravo, who will instead play for the Chennai Super Kings this month.

“What makes things worse is when the president and the chairman of selectors comes out and tries to tell the public they have selected a team purely on merit,” Holding said.

Holding’s hope for change at the top appears unlikely in the short term after WICB president Dave Cameron was last month re-elected for a second term, until 2017, after staving off a challenge from 58-Test paceman Joel Garner.

Cameron has his detractors following his handling of the India tour pull-out while during the World Cup he re-tweeted a fan’s claim that Chris Gayle should be given a “retirement package”. Gayle made a double-century in his next game.

The Jamaican nonetheless retains the faith of his peers; he beat Garner 8-4 in a vote, and has overseen the newly-expanded Professional Cricket League, while the appointment of Phil Simmons as coach last month has been met with near-universal approval after his success during eight years in charge of Ireland.

Closer links have also been forged with WIPA – the legal cost of their previous disagreements has cost WICB almost £3.4M – but it is distance with the players that remains the gravest concern. Repairing that bond was one of the key objective when WICB implemented a five-year plan in 2011, but which has clearly failed to deliver on that objective.

The fear in the Caribbean is that divide is creating a generation of cricketers who view playing for West Indies as a stepping stone to lucrative Twenty20 deals.

“As soon as they make a name for themselves, and some Twenty20 franchise comes along, they are gone.

“The West Indies needs a structure to promote young players to get to first-class cricket before worrying about how much they should pay them. They must get to that stage being better cricketers rather than better paid cricketers.

At the moment the administrators are looking at it from the top rather than the bottom. Until that changes West Indian cricket faces a long wait to change.”