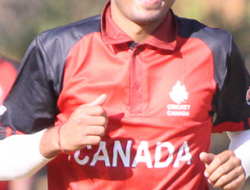 West Indies batting star Chris Gayle leads a list of seven regional players retained by their teams ahead of the 2017 Indian Premier League auction.
The 36-year-old left-handed batsman has been retained by Royal Challengers Bangalore, who were beaten in the last year’s final by Sunrisers Hyderabad. Spinner Samuel Badree has also been retained by the Southern Indian team.

All-rounder Andre Russell has also appeared on the list of the Kolkata Knight Riders, despite being recently suspended for a year by his country’s Anti-doping authority. Predictably mystery spinner Sunil Narine has also been retained by the team, but West Indies One Day International (ODI) and Twenty20 captain Jason Holder has been dropped.
West Indies Twenty20 skipper Carlos Brathwaite has retained his place with the Delhi Daredevils, while Kieron Pollard and Lendl Simmons have been retained by the Mumbai Indians. There was no such luck for Jamaican fast bowler Jerome Taylor, however, as he was dropped by the franchise.

West Indies all-rounder Dwayne Bravo will also be looking for a new club after being released by the Gujrat Lions.
The Indian Premier League (IPL) auction is confirmed to take place on 20th February.