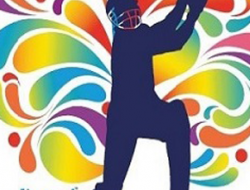 NIKITA Miller, Jamaica’s captain for the recent Nagico Super50 cricket competition in Trinidad & Tobago, says he was encouraged by the performance of the relatively inexperienced squad at the tournament.

Jamaica were eliminated at the semi-final stage after a six-wicket defeat to Guyana.

Jamaican openers Nkrumah Bonner and left-hander John Campbell added 51 for the first wicket. After a top-order collapse, wicketkeeper batsman Horace Miller made an attacking 64 to help Jamaica to 188.

Campbell, the part-time off-spinner, took 3-20 off six overs, but it was not enough to stop the Guyanese, who were led by West Indies left-hander Shivnarine Chanderpaul’s unbeaten 98.

“I was very much encouraged by the show. Even the way we started out our innings in terms of the batting. It’s not where we need to be, but it’s an improvement [on some of the previous seasons in 50-over cricket],” Miller said.

Hosts and eventual champions Trinidad & Tobago had beaten Jamaica, edging them in a close affair during the group stage.

The 32-year-old Miller credited medium-pacer Derval Green and leg-spinner Damion Jacobs for how well they acquitted themselves, despite being new to Jamaica’s 50-over set-up.

“We bowled well throughout the tournament and Green and Jacobs as first-timers were good. I didn’t see the nerves you would sometimes expect to see from first-timers. In the games against very experienced opposition they came up short, but I can understand why. I hope the younger guys can build on that and get stronger and better.”

Miller, arguably the most prominent left-arm spinner in the region in recent years, said the pre-tournament preparation had put the squad in a good position to compete for the Nagico Super50 title.

“I’m confident the preparation we put in ahead of the tournament had a lot to do with how they performed,” he explained.

The West Indies spinner said he is disappointed the tournament was not longer to allow each team to get more games, so that players can better hone their craft for international cricket. He argued that there were still too many cases of bowler-friendly pitches, which he felt did not always produce a fair battle between bat and ball.

Miller, however, added that regional batsmen should “find ways” to score runs even on surfaces which are challenging