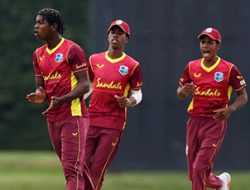 Nandu And Singh Sign Off With Win For Rising... 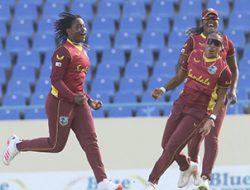 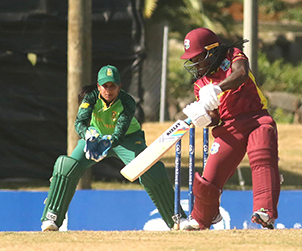 19th September 2021 Comments Off on Dottin To Captain The West Indies Women For The 5th CG Insurance ODI Views: 561 News

Current captain Anisa Mohammed has been ruled out with a fractured finger and is replaced by Karishma Ramharack in the 13-member squad. The Selection Panel has confirmed that Deandra Dottin will now serve as interim captain and Hayley Matthews as interim vice-captain.

“The 5th and final ODI gives the players another opportunity to dig deep and get some scores. Although the bowlers have generally held their own, the batting has been below the expected level. Some of the young players continue to impress and the players who have been on the bench will again be given the chance to get some experience at this level as we prepare to select a balanced squad to go to the World Cup qualifiers in Zimbabwe in November.”

Mrs. Browne-John added, “Unfortunately Interim Captain Anisa Mohammed has been ruled out through injury. It however gives Deandra Dottin her first stint leading a West Indies team, with Hayley Matthews as her assistant. They are both experienced individuals and I am sure that they are well equipped to fulfil their leadership roles.”

Fans in the Caribbean can watch the final CG Insurance ODI live via the Flow Sports app with live radio commentary is available on the Windies Cricket YouTube channel. Fans can also follow live ball-by-ball scoring in the www.windiescricket.com live match centre.