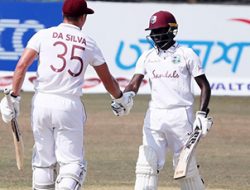 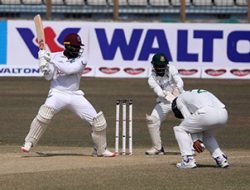 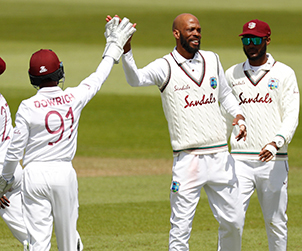 ST JOHN’S, Antigua — Cricket West Indies (CWI) has signed a major five-year deal with BT Sport for the exclusive live coverage in the UK of all West Indies international home matches played in the Caribbean.

As part of the agreement, BT Sport will have rights to West Indies next international home series against England, scheduled for early 2022. This upcoming series will have added interest as it will be the first time that the two teams play the Richards-Botham Trophy Test Series — named in honour of Sir Vivian Richards and Sir Ian Botham — two of the greatest cricketers of all time. England’s visits to the Caribbean are an iconic fixture in the international cricket calendar and regularly attract one of the largest live TV cricket audiences in the UK.

“On behalf of CWI, and all who helped make this deal come together, I am delighted to announce one of our largest ever broadcast rights agreements in the form of this unprecedented partnership with BT Sport. Our tour to England last year helped to remind us how strong the West Indies brand continues to be in the UK, and we thank BT Sport for so highly valuing West Indies cricket by committing their broadcast support over the next five years. I am especially pleased that, in partnership with ESPN, BT Sport will also show much of the upcoming CG Insurance Super50 Cup which starts next Sunday, 7th February.”

As well as England’s tour to the Caribbean in 2022, BT Sport will have access to a packed schedule of exciting international cricket from the West Indies in 2021 on its sport channels and across its digital platforms, starting with Sri Lanka, who they face across all formats in March before the tours to the Caribbean by South Africa, Australia and Pakistan over the course of June, July and August. With start times in the late afternoons and early evenings, cricket lovers across the UK will be able to watch the world’s top players and teams in action without having to set their alarms or stay up through the night.

“The first ever Richards-Botham Trophy in March 2022 will be an eagerly anticipated Test Series, not just for our fans in the UK hailing from the Caribbean, but also to the many UK sports and cricket fans who will be able to watch live on their TV or mobile devices after school or work. West Indies home series are the second most watched cricket in the UK after England’s home matches, and this agreement ensures that the best action from the Caribbean will be broadcast in an extremely important sports and tourism market for the region.”

“We want to provide customers with the best sport from across the globe, so we are delighted to add the England men’s and women’s cricket teams to our line up. In addition to some hugely important and enticing Test and T20 International matches over the next 18 months, the new rights in New Zealand and West Indies will see the world’s top cricketers regularly on BT Sport.”

This is a long term agreement and has huge significance because the UK is the West Indies’ second largest commercial market, and where a large number of fans with West Indian heritage reside.