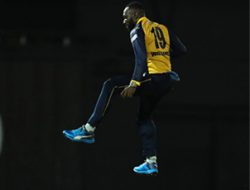 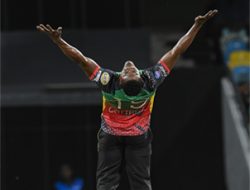 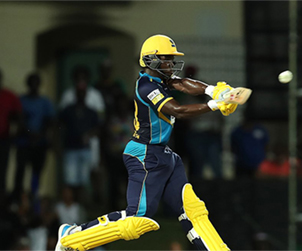 A major initiative for the 2019 season was the introduction of 12 development players into CPL. Two CWI nominated players were included in each of the franchise teams and we are thrilled to see the immediate success of this program, as many of the players have made an instant impact.

With these young and exciting players getting time on the field to show their value to their teams, it has become clear that the next generation of Caribbean cricketers are developing rapidly and will soon be pushing for higher honours with the West Indies senior men’s teams. Both Hero CPL and CWI are extremely excited with the direction these young cricketers  are heading in.

The standout performances so far include:

Leniko Boucher, who is currently second on the Barbados Tridents batting averages, with his 62 not out setting up victory against the St Kitts & Nevis Patriots at Warner Park. The wicket-keeper batsman has been a very strong addition to the Tridents squad.

Shamar Springer has been performing well for the Jamaica Tallawahs, claiming a Man-of-the-Match award for this 3/32 against the Tridents. He also scored some valuable runs, making 30 from 20 balls against the Patriots. Ramaal Lewis has also been performing well for the Tallawahs, with both bat and ball. Lewis has been scoring at a strike rate of 145 and has taken four wickets.

Dominic Drakes has been succeeding for the St Kitts & Nevis Patriots and played a superb innings against the Barbados Tridents where he made 32* as he pushed his side to a near victory.

Michael Hall, the Tournament Operations Director of Hero CPL, said: “Hero CPL takes its role in helping to develop the next generation of cricketers very seriously, and we are delighted to have agreed this initiative with CWI,and are excited to see how well they have performed on the big stage”

Jimmy Adams, CWI Director of Cricket, said: “We’re delighted to see the West Indies development players not just receiving game time in such high profile games, but also making significant contributions with bat, ball and in the field. We congratulate the development players on their performances so far and we look forward to continuing this initiative with our partners at the CPL.”