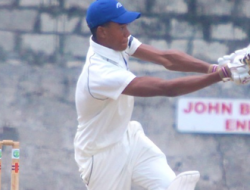 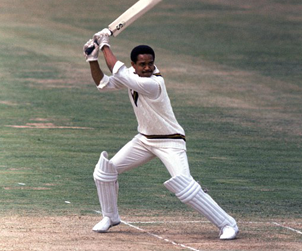 Cricket on the high seas with Sobers and Co

In the summer of 1960, my father, then a fighter pilot in the Indian Air Force with five years of service under his belt, took extended leave to go on a driving tour of Europe. Three of his air force mates joined him on an ocean liner to Europe – how quaint, sailing for weeks on a ship. On landing in Italy, they rented a tiny Renault and took off. There was art aplenty to gawk at, great architecture, good food and drink, the pleasures of being on the road. Four young men on an extended summer vacation could not have asked for more. They were keen sports fans too, so they attended the Rome Olympics and witnessed the genius of Cassius Clay and Dawn Fraser (sadly, they couldn’t get tickets to go see Wilma Rudolph).

Their vacation over, my father and his friends headed back to India on the same ship that had brought them over, the P&O Company’s RMS Strathaird, notable in cricketing history as the ocean liner that brought Don Bradman’s 1948 Australians to England. After the excitement of Europe, as they sailed through the Suez Canal on the way to Bombay, the three of them (one had managed to wangle an Air India flight back home) were only looking forward to a long, tedious journey by sea.

But it was not to be. The air force pilots met West Indian cricketers on board. More specifically, West Indies cricketers who had just completed county and league commitments in England and were on their way to Australia for a Test series against Richie Benaud’s team: Frank Worrell, the West Indies captain, Conrad Hunte, Garry Sobers, and Wesley Hall. The rest of the team was journeying separately and would join the quartet in Australia.

But the four cricketers were easily recognisable to anyone who followed cricket seriously. My father, a useful wicketkeeper and opening batsman for Delhi’s St Stephen’s college cricket team in his day – the original Adam Gilchrist and Farokh Engineer – walked up one day and introduced himself and his friends. (My father had seen Sobers, Hall and Hunte in action during the 1958-59 West Indies tour of India.) Their overtures were received with much friendliness and few celebrity airs; my father was struck by how quietly dignified Worrell – “a very cultured man” – was. They chatted about their travels, and of course, about cricket.

Talking about cricket all too soon led to playing cricket on deck. The weather was suitably salubrious and everyone had good sea legs (the Indian pilots were used to nausea-inducing rolls and spins and loops). There was just one playing condition: that everyone play with their “wrong” hands. Worrell and Hunte batted left-handed, Sobers right-handed, and so on. Some makeshift bats and tennis balls were pressed into service for this high-seas encounter. (I presume Worrell and Co didn’t use their official cricketing equipment.)

My father swore Sobers played just as well with his right hand as he did with his left. Indeed, Sobers hit one ball into the sea. In keeping with the form book of those days, the West Indians routed the Indians quite easily. Thus did the concept of the offshore Test – after the damp squib of the 1912 Triangular tournament – receive further validation.

The West Indies cricketers and the Indian Air Force pilots parted on good terms when the ship reached Bombay. I do not know if they, like other travellers who meet on journeys, promised to “keep in touch”. My dad and his friends went back to flying fighter jets. The West Indians carried onwards to Australia for the 1960-61 series.

A couple of months later, Sobers scored 132 in the Brisbane tied Test, an innings ranked among the finest in the post-war era, Worrell scored 65 in both innings (c Wally Grout b Alan Davidson in both), Hunte ran out Grout with an incredible throw from the boundary in the last over of the last day, and of course, it was Hall bowling those dramatic last eight balls.

Postscript: In a post for the now-defunct Different Strokes blog, I recounted another one of my father’s favourite cricketing stories: an epic encounter between CK Nayudu and Keith Miller during the Australian Services team’s tour of India in 1945-46. The details of that story had turned out not as I remembered them, nor as my father had told them. I had noted this in my original post and in the longer, revised version reproduced in my book Eye on Cricket – it enabled me to remark on the vagaries of memory and its “distortion” by romantic nostalgia. I’m glad to report three sources of confirmation for this particular story: the dates work, the RMS Strathaird’s Wikipedia page notes that it took the 1960 West Indies team to Australia, and lastly one of my father’s friends – an eyewitness – confirms the encounter took place.