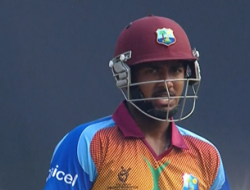 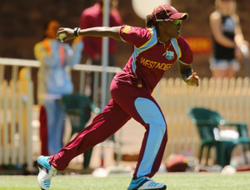 All-rounder Rahkeem “Jimbo” Cornwall, is hoping that his recent exploits with the West Indies A team in Sri Lanka is enough to impress senior team selectors.

The National and Leeward Islands cricketer returned from Sri Lanka Monday night, where he finished as the leading wicket taker in the three unofficial Tests.

“Quite comfortable with the bowling performance because as usual, I really came off well with the ball, but I think I need to work a little bit more on the batting and try to balance off the two. I think the performances are there to show, but that is just not my call really. The selectors are seeing the stats and it’s all up to them to do what they have to do,” Cornwall said.

The Liberta Blackhawks player was, however, poor with the bat, making only 30 runs in the three Tests. In the five times he batted, the Antiguan was out lbw [leg before wicket] on four occasions.

“The pitches in Sri Lanka are a little bit slower than the pitches in the Caribbean, but I think it was just a little technical problem where I probably had my front foot locked up a little bit rather than straight down. I think I have enough time to work out that before the start of the professional season, so I just have to go back and work hard in the nets,” the player said.