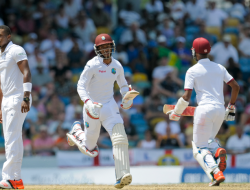 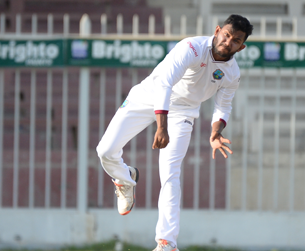 The 30-year-old is expected to come up against the likes of Misbah-ul-Haq, Azhar Ali and the prolific Younis Khan, who is on the brink of becoming the first Pakistani to reach 10,000 runs in Tests.

However, Bishoo said he was prepared for the challenge and the ongoing three-day tour match against the Pakistan Cricket Board (PCB) Patron’s XI would be key to his warm-up.

“Over the years they’ve (Pakistan’s batsmen) been playing good spinners, Pakistan, India and Sri Lanka [all play spin well], but at the end of the day, as good spin bowlers you need to do the right thing,” the Guyanese told reporters here following day one of the tour game.

“You need to pitch the ball in the right areas, bowl proper spin and you will get the rewards.”

He added: “They (Misbah and Younis) are senior batsmen and I’ve bowled to them already, so it’s just a matter of me going and doing well in my cricket.”

Right-armer Bishoo was the best bowler on show here Friday, picking up three for 77 as the PCB Patron’s XI reached 241 for five at the Sharjah Cricket Stadium.

He accounted for two of the three half-century makers, claiming top-scorer Iftikhar Ahmed for 63 and Ahmed Shehzad for 52. Opener Shan Masood chipped in with 58.

“The wicket was a bit slow so I was just trying to take my time and get through my spell,” Bishoo explained.

“It is very good practice because since we came we didn’t have an intense game, but now I’m getting a lot of overs in and I’m feeling comfortable.”

“I’m just looking forward to having a good series,” he stressed.

“It’s a very, very important series for me, from my side of it and the team too. I’m just looking to go out there and do my best and try to enjoy my cricket as much as possible.”