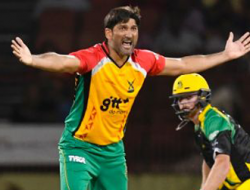 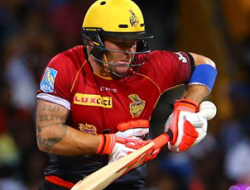 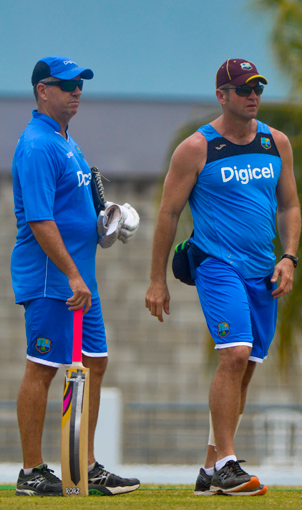 1st September 2017 Comments Off on Being written off provided us with fire – Law Views: 1051 News

Having given a steadfast defence of his players in the build-up to the Headingley Test, West Indies head coach Stuart Law has stoked the embers of the criticism aimed at the tourists from all quarters last week and said it would only help fire them up for the series decider at Lord’s.

West Indies lost the first Test against England at Edgbaston by an innings and 209 runs, but hit back in Leeds to claim a famous win. Speaking afterwards to Australian radio station RSN927, Law said his team had been unfairly written off, but relished their status as underdogs and would be readying themselves to bite England “on the backside” once again when the third Test begins on September 7.

“I know there’s a lot of people eating humble pie, they’re saying nice things about us, but deep down, they don’t believe in us – which is great for us. We’re going to Lord’s, we’ll still be the underdog… I know Aussies love an underdog, I love being an underdog as well, because you can sneak up and bite your opponent on the backside.

“We’re going to celebrate this one long and hard, and so we should. But come tomorrow, we start planning and getting ourselves ready for that showdown at Lord’s.”

After West Indies lost 19 wickets on the third day at Edgbaston, they met with a fiercely negative reaction. Curtly Ambrose, a West Indies legend who was previously the team’s bowling coach, called their performance “embarrassing”, while former England opener Geoffrey Boycott described Jason Holder’s side as the worst he had seen in 50 years of playing and commentating.

Law, who took over as West Indies head coach at the start of the year, said his main focus has been on convincing an inexperienced group that they were good enough to compete.

“Credit to the boys, to put up with the amount of criticism that they copped, not just from opposition fans but also their home fans, to come out and turn it around and produce a performance over the last five days was an outstanding effort.

“If you get told you’re rubbish nine times out of ten, you’re going to start believing it pretty soon. These guys have copped it every time they’ve taken on the national duties, so for me, it was just a job of instilling that belief and getting people to understand they’re good enough to play at this level. They’ve got the skills, they’ve got the determination, they’ve got the work ethic. Something’s just got to click out in the middle, you’ve got to believe and trust your own game – that was the conversation we had with the batsmen, particularly.

“Our bowling’s been pretty good, our fielding’s still not there – we dropped eight chances, so, theoretically, we should have finished the game some time mid-morning yesterday, but that wasn’t the case. Just their belief in their own abilities. Once they believe in themselves, they can play cricket, these kids. I believe that they’re as talented as any other player going around on the planet.”

When asked about 23-year old Shai Hope, who hit the winning runs and created history by becoming the first man to score twin centuries in a first-class match at Headingley, Law compared him to former Australia team-mate Mark Waugh, adding that Hope was a “man of stone” who England had been unable to crack.

“He’s had a pretty torrid time in international cricket since his introduction. But he has got the talent, and when he gets going, he’s one of the nicest guys to watch. He plays some beautiful drives, cuts and the whip work off his pads – a bit like Mark Waugh. He put it all together, he’s got determination beyond belief, he’s a man of stone. You talk to him, try and crack a joke and he just stonewalls you. I can’t crack him, England haven’t been able to crack him, hopefully that remains the same at Lord’s.”

Although West Indies have a chance to win a Test series in England for the first time since 1988, Law was keen not to put additional pressure on the team. He said that the management was in the process of trying to “create a different culture” that would put West Indies on an upward trajectory during his time in the job – initially on a two-year contract.

“Improvement for me isn’t necessarily winning the series,” he said. “It means we go out and give a really good account of ourselves at Lord’s again. And if we don’t capitulate and lose in three days, like we did at Edgbaston, I think we’ve improved out of sight and that’s a great step forward for this group.

“So far, the signs are looking good. We’re trying to break the culture and create a different culture, which sometimes can take two years. These guys are embracing it, the hard work is now starting to pay off for them… I don’t want to put them under that much pressure. I want them a) to play with a smile on their face, and b) just go out and express themselves. I’m here give them a bit of guidance, a bit of support, a bit of love, and hopefully, they go out and achieve what they want to achieve.”