Nine West Indians among 140 retained for next IPL... 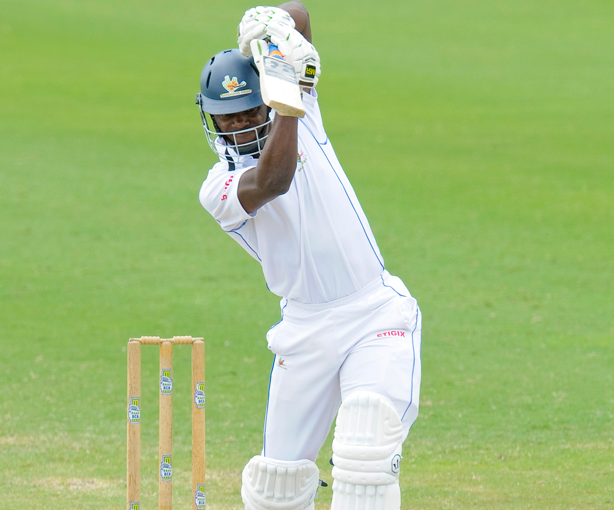 20th December 2016 Comments Off on Barbados Pride settle for a draw Views: 1673 News

ROSEAU, Dominica, (CMC) – Kevin Stoute hit a half-century and tried to set up a dramatic finish before the weather disrupted a match that promised much for the final time, forcing Barbados Pride to settle for a draw with Windward Islands Volcanoes in the WICB Regional 4-Day Tournament yesterday.Stoute struck four boundaries in an even, unbeaten 50 from 63 balls in around 1 ½ hours of batting before the Pride declared on 200 for eight in their first innings which was badly disrupted by the weather over the first three days of this fifth round match at Windsor Park, in a bid to gain a few valuable bowling points.
Hometown boy Tyrone Theophile, not out on 27, and veteran left-hander Devon Smith, not out on 11, defied the Barbadians for 11 overs in close to an hour after the rescheduled tea break to reach 42 without loss before the weather interrupted once more, bringing the match to an anti-climatic conclusion.
The result meant that the Volcanoes earned 6.4 points from the contest, moving to fourth in the standings on 41.6 points, and the Pride collected just four points, keeping them in third on 47.2 points, a long way behind front-running Jamaica Scorpions and Guyana Jaguars, winners in this round of matches.
The Volcanoes and Pride – like the rest of the teams around the League – will endure the long break in the Tournament for the Christmas and New Year’s holidays, plus the Regional Super50 Tournament before picking things back up in March next year.