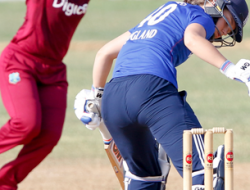 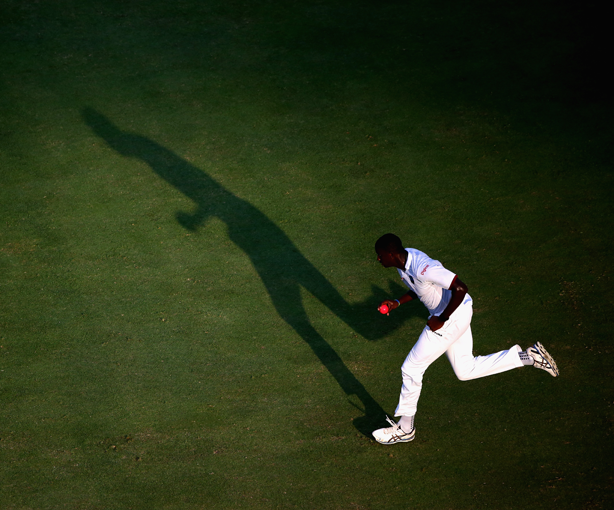 Starting the second day on a score of 279 for 1, Pakistan ensured that their strong position was not squandered, adding 112 runs in the first session for the sole loss of Asad Shafiq. Prior to that wicket, the overnight batsmen had added 73 runs to the total, taking the second-wicket partnership to 137. Debutant Babar Azam settled in without too much difficulty and saw off the session with Azhar Ali, who benefited from a drop at slip during his otherwise serene progress towards a second Test double-century.

Shannon Gabriel clocked up impressive speeds in the first over of the day. His fifth ball, bowled at 147 kph, seamed into Shafiq and clipped the top of his back pad on its way through to the wicketkeeper. The appeal, seemingly for a caught-behind, was turned down, but replays indicated that the ball would have gone on to hit enough of the top of middle stump for the batsman to be given lbw on review.

The review was not called for, however, and West Indies were made to pay for it as Azhar and Shafiq eased their way to a century stand in the absence of any swing. While Shafiq played the odd false shot, including a full-blooded sweep that failed to make contact with a flighted delivery from Devendra Bishoo, Azhar looked compact and sharp, quick to pounce on width and short balls. He greeted Roston Chase with successive lofted shots for four and six, and also played a number of assured sweep shots against both spinners.

The pair’s initial progress was slow, thanks to the disciplined lines of Gabriel and Jason Holder, but the runs began to flow when Bishoo and Miguel Cummins were introduced. Bishoo dropped short too often and offered some juicy half-volleys outside off; Cummins repeatedly strayed onto the batsmen’s pads.

Bishoo, despite his inconsistency, got the only breakthrough of the session when Shafiq skipped down and hammered the ball straight back at the bowler. Bishoo’s calm catch was perhaps more impressive than the delivery. His bowling perked up immediately after the wicket, though. He beat Azam with a beautifully flighted ball and finding the batsman’s outside edge in the next over, only for the ball to fly to the right of slip. Frustratingly, he dropped short again the very next ball and was cut for another boundary.

Seven overs after Shafiq’s wicket, Chase got Azhar to nick an attempted cover drive to slip, where Jermaine Blackwood spilled a sharp chance that should have been taken. Azhar survived, and went into tea six runs short of his double-century.