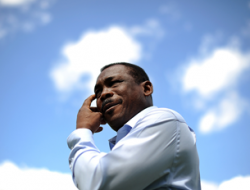 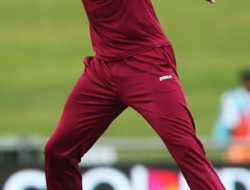 The Caribbean side and the Aussies also met in the final of the last 50-overs World Cup in India four years ago when the Aussies picked up their sixth title.

They are two of eight teams clashing with each other in the round-robin preliminaries of the tournament, which will see 28 matches played from June 24 to July 23 in England.

All preliminary games and the semi-finals will be played across Bristol, Taunton, Leicester and Derby, with the final scheduled for historic Lord’s in London.

“We are extremely excited about the ICC (International Cricket Council) Women’s World Cup being staged at four outstanding county grounds, which I am sure will provide the best possible showcase for the top players in the women’s game,” said Steve Elworthy, the World Cup’s managing director.

“Today, the tickets for all the matches will go on sale, and I am sure they will be in high demand as each of the competing countries have large support in England and Wales. This promises to be the best ICC Women’s World Cup tournament and I am sure everyone will want to be a part of the event.”

West Indies were one of four automatic qualifiers along with Australia, England and New Zealand, and enter the tournament as one of the favourites to take the title.

In the 2013 final, they went down to the Aussies by 114 runs in Mumbai, and will renew that rivalry in Taunton on June 26.

They host India Women three days later at the same venue before travelling to the East Midlands to take on South Africa Women in Leicester on July 2.

Their final game in Taunton is against New Zealand Women on July 6 before clashing with Sri Lanka Women in Derby on July 9, Pakistan Women in Leicester on July 11, and England Women in Bristol on July 15.