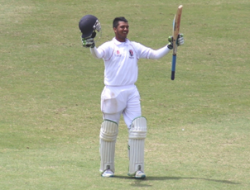 The agency that manages Gayle, one of the most valuable Twenty20 players, confirmed that he had signed the pre-draft agreement on Monday.

“They lend commercial value, showbiz glitz and tournament credibility. They are also sources of inspiration and emulation for our budding players.”

The PSL matches will be played at the West End Park International Cricket Stadium, with a capacity of about 13,000, used last year for a women’s limited-overs tri-series involving Pakistan, South Africa and Sri Lanka.

The first edition of PSL will feature five franchise-based teams from Lahore, Karachi, Peshawar, Quetta and Islamabad — with prize money of US$1 million.

The tournament, featuring 24 matches, is scheduled to run from February 4 to 24, one month before the World T20 in India.