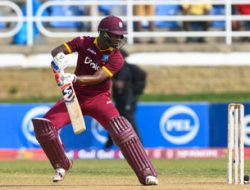 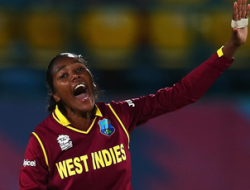 Pakistan registered a seven-wicket win in Port of Spain on Sunday to win the T20I series against West Indies 3-1. They also claimed their sixth victory in seven T20Is against West Indies in a little over six months; after sweeping them in the UAE in September, they have now won in the Caribbean too.

What has been the reason for such dominance? According to pacer Wahab Riaz, it’s Pakistan’s bowling – both in terms of planning and execution. “If I have to give the credit, I’ll give the credit to the bowling coach [Azhar Mahmood], probably, as well as the captain and the other coaches,” he said after the final T20I. “Whenever they sat around, they told us what we did best, where these guys are good and where these guys lack capability. So we always try and bowl and attack them where we know they struggle a lot.

“And I think we have been very successful because our execution of plans was good. And that is the difference, why we beat them in [the UAE] and here in the West Indies as well.”

In the first two T20s of this series, it was debutant legspinner Shadab Khan who caused most of the damage, while in the final game fast bowler Hasan Ali stifled the hosts with two maidens and two wickets. Wahab said it was this combination of good spin and pace bowling that had helped Pakistan stay dominant.

“It was a mix and match,” he said. “If you see, probably spinners plus fast bowlers both have bowled really well and when it was time they came and delivered. I think the best thing was everybody wanted to be a match winner and they did it.”

Going into the three-match ODI series, West Indies don’t have as many pluses, but that doesn’t mean it’s all bad, according to T20I captain Carlos Brathwaite. “We’ll have to have our team chat,” he said. “One good thing is, every game, win or lose, there’s some good conversation in the team.”

One area of concern, he said, was shot selection. “I wasn’t happy with the [batsmen’s] execution. When players come off, the same shots go over the boundary for six, you say well played, that was brilliant. As a management team, we want players to express themselves, but we’re just asking for a bit more awareness than we have seen thus far in the series.”

Brathwaite singled out pace bowler Kesrick Williams for special praise. Williams, who debuted during West Indies’ visit to the UAE with figures of 2 for 15, has played five T20Is in all, and has conceded as much as seven an over on only one occasion. His 17 overs have gone for just 93 runs, and featured six wickets and several of his signature, impressive slow balls.

“Kesrick’s performance was excellent,” Brathwaite said. “A young man who played his first game in Abu Dhabi, he showed the world what he could do. The challenge is always to come back and do it again and he did it again and again and again. His was one of the standout performances of the series and definitely a positive going forward.”

The first of the three ODIs will be played in Providence on April 7.