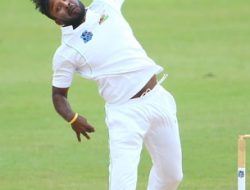 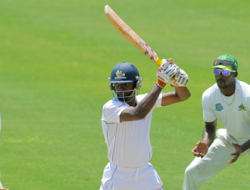 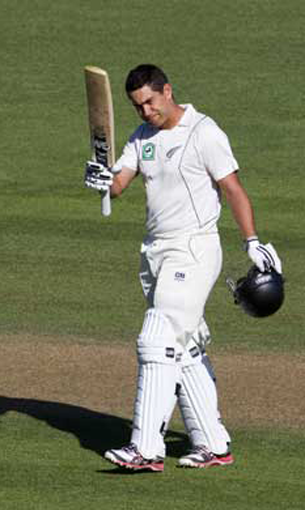 Trent Boult and Tim Southee shot out the top order, Neil Wagner bruised the batsmen in the middle, and Mitchell Santner cleaned up the tail, as New Zealand cruised to a 240-run victory at Seddon Park. West Indies’ second innings featured only one brave stand – a 78-run association for the sixth wicket between Roston Chase and Raymon Riefer. Only on the first day of this Test can the visitors be said to have been in the hunt for victory. Avoiding defeat was always going to be difficult after giving up a first-innings lead of 152, but West Indies would perhaps be disappointed with the speed of their demise.

New Zealand, meanwhile, made a strong start to their home summer, as their quicks bowled themselves into a rhythm, and key batsmen ran into form. The only downside for the hosts is that having played no Tests since March, they now have no long-format matches scheduled until March next year.

It was Wagner and his hostility that made the greatest impression on the final day, and set New Zealand on track for a day-four finish. Combative and intense as ever, and aided by a Seddon Park track receptive to his mode of operation, he sent a torrent of deliveries at the batsmen’s ribs, and regularly threatened their throats, clearly taking pleasure in their discomfort. The bodyline barrage began in his first over of the day. Immediately after being cover-driven for four by Shai Hope, he struck the batsman flush on an unprotected forearm. The follow up: another bouncer – up near the neck this time. Hope could not control his hook, which finished up in the hands of long leg.

In his next two overs, Wagner claimed two more victims. He got a ball to rear up off a back-of-a-length and struck Sunil Ambris painfully on the forearm – a blow that required the attention of a physiotherapist, and would turn out to have caused a fracture. Ambris initially stayed in the middle after receiving the blow, but one more ball from Wagner in the following over – this one at the ribs – was enough to convince him to head for the safety of the dressing room. He did not return to bat.

The West Indies players were fined 20% of their match fee, and stand-in captain Kraigg Brathwaite 40% of his, after the team was deemed to be two overs short its target in Hamilton. As per ICC regulations, the team is fined 10% of their match fee for each over they fall short, and the captain is fined twice that.

Shane Dowrich, the man who replaced Ambris at the crease, was one of the few West Indies batsmen to avoid being struck by Wagner, but that is because he only lasted two balls. In fending off a another uncomfortable rib-high delivery, Dowrich sent a sharp catch to short leg, who claimed the chance to his right. Having also struck Chase on the upper body, Wagner would be the man to break that sixth-wicket partnership, prompting another mis-hit hook, which was again gobbled up by an advancing long leg.

While Wagner had his victims caught on the legside, Boult and Southee went the more conventional route: having them caught behind the wicket on the offside. Kraigg Brathwaite was the first batsman to be dismissed on Tuesday, slapping a Boult delivery to Williamson, who took the sharp chance at head height. Williamson would see more action in that position later on. Riefer, who ground his way to a 109-ball 29 – sent a low catch in that direction, and Williamson made an incredibly difficult chance seem simple, taking the catch at shin height with his left hand.

Chase was positive through the course of his 64 off 98 balls, but it was his ability to resist hooking Wagner that allowed him to survive so long. He scored his runs through the offside instead – particularly backward of point. When he was dismissed, New Zealand were on the home stretch. Kemar Roach opened his shoulders during a 44-ball 32, but Santner struck in successive deliveries to end that salvo, and the match.