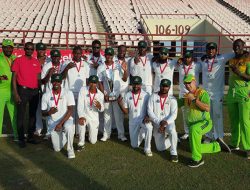 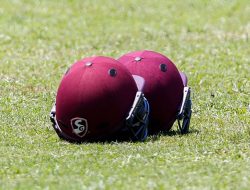 Jamaica and West Indies fast bowler Jerome Taylor could be in action for English County Sussex as early as Sunday, after signing a deal to represent the south-east England club in the group stages of the One-Day Cup.

The 32-year-old, who two weeks ago ended a 10-month retirement from Tests to make himself available for West Indies duty, will replace South African seamer Vernon Philander, who has been ruled out with injury.

Taylor is scheduled to arrive this weekend and will be ready to suit up once receiving clearance from visa authorities.

“We’ve worked really hard to secure a replacement since it became clear that Vernon would no longer be available for the Royal London One-Day Cup and we’re delighted that we have agreed terms with Jerome,” said Sussex’s director of cricket, Keith Greenfield.

“Jerome is a vastly experienced international white-ball bowler, and we believe he will be a great asset to [head coach] Mark Davis and our squad during the tournament.”

Taylor last played for West Indies during the Twenty20 series against Pakistan in United Arab Emirates last September, when the Caribbean side were whitewashed 3-0.

The right-armer has continued to play domestic cricket for the Jamaica Scorpions, taking 16 wickets in this year’s Regional Super50 and eight wickets in four Regional four-day outings.

Sussex take on Middlesex at Lord’s in the opening round of the One-Day Cup.