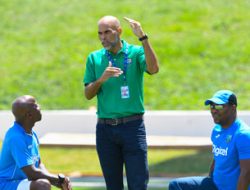 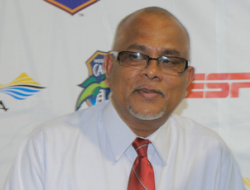 KINGSTOWN, St Vincent – A memorable spell from West Indies Women’s leg-spinner Afy Fletcher set up Windward Islands for a two-wicket victory over Jamaica in the Women’s Regional Super50 Tournament yesterday..
Fletcher, the Windward Islands captain, collected 7-13 from 9.2 overs, including incumbent Windies Women’s captain and batting superstar Stafanie Taylor for six, as the Jamaicans, sent in to bat, were bowled out for 84 in 35.2 overs in the third round match contested at Sion Hill.
It was the second straight double-figure total for the Jamaicans, whose line-up also includes internationals Shanel Daley, Chedean Nation and Chinelle Henry, after their opening match in the tournament against Leeward Islands was completely washed out.
The Jamaicans, however, made a fight of it with Nation grabbing 3-19 from nine overs and Vanessa Watts 2-25 from her allotted 10 overs, but Fletcher, the diminutive Grenadian, and opener Swayline Williams scored 23 each, as the host team successfully chased down their target with 82 balls remaining.
The result meant that the Windwards claimed their third straight bonus-point victory of the tournament, moving them to 15 at the top of the standings.
At Park Hill: Windies Women’s fast bowler Shamilia Connell demolished the bottom half of the Guyana batting and fired Barbados to their third straight victory in the tournament by 41 runs.
Connell ended with 4-16 from eight overs, Aaliyah Alleyne finished with 3-13 from 7.4 overs and leg-spinner Keila Elliott took 2-35 from seven overs, as the Guyanese were bowled out for 104 in 39.4 overs, chasing 146 for victory.
The match looked poised for an intriguing conclusion, when Guyana reached 98 for five, but Connell transformed the complexion of the match in the space of seven deliveries.
She removed Akaze Thompson for five, Subrina Munroe for one and Plaffiana Millington for a duck, as the Guyanese lost their last five wickets for six runs.
Earlier, dynamic Windies Women’s all-rounder Deandra Dottin gathered 47 from 85 balls, her captain and Windies Women’s teammate Shakera Selman was not out on 30 and Windies Women’s opener Hayley Matthews made 20, as the Barbadians were dismissed for 145 in 44.3 overs.
Windies Women’s fast-medium bowler Tremayne Smartt was the most successful Guyanese bowler with 3-15 from 10 overs, her Windies Women’s teammate Erva Giddings and fellow international Munroe snared two apiece.
At the Arnos Vale Sports Complex: A destructive spell from long-standing Windies Women’s off-spinner Anisa Mohammed undermined the Leeward Islands batting to set up Trinidad & Tobago for an eight-wicket victory.
Mohammed grabbed 4-18 from 8.3 overs, as the Leewards, choosing to bat, were bowled out for 76 in 28.3 overs to give T&T their second victory of the tournament.
No Leewards batsman reached 20, as Karishma Ramharack and Caniesha Isaac shared the demolition job with two wickets apiece and the defending champions continued to get their campaign back on track.
Windies Women’s batsman Britney Cooper then led the run chase with 27 and T&T crossed the finish line with 39.2 overs remaining before the scheduled lunch interval.