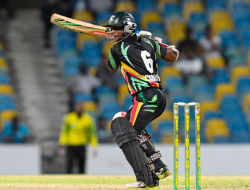 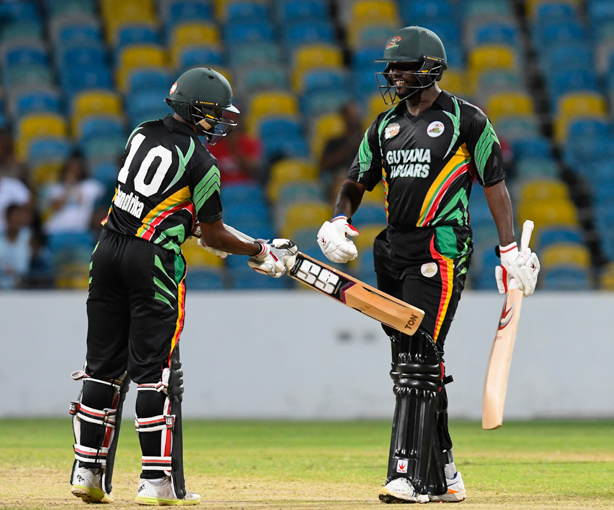 Entering the day/night contest at Kensington Oval reeling from defeats in their opening two games, Jaguars found their rhythm to bundle out Marooners cheaply for 129 off 44.5 overs and then romp to their target in just 26.3 overs.
They were propelled by left-hander Raymon Reifer who hit an attractive run-a-ball 67 and West Indies batsman Rajindra Chandrika who carved out an unbeaten 43.

Together, they put on a match-winning 117 for the second wicket as Jaguars turned the page on defeats to Barbados Pride and Jamaica Scorpions and gathered their first points of Group B.
Left-arm spinner Veerasammy Permaul had earlier snatched three for 19 from ten stingy overs while pacer Ronsford Beaton (2-23) and Test leg-spinner Devendra Bishoo (2-28) picked up two wickets apiece, to undermine the Marooners innings.
Kyle Corbin top-scored with 28 and captain and opener Jamal Smith got 25 but they were the only two to pass 20 in a poor batting effort.

Opting for first knock, Marooners lost in-form teenager Amir Jangoo without scoring when the left-hander edged one behind off Beaton in the third over with five runs on the board.
Corbin and Smith then combined in the best stand of the innings, adding 44 for the second wicket to keep Jaguars at bay.
Corbin had struck three fours in 41 balls at the crease when he miscued a pull off Beaton and was caught at mid-on on the stroke of the first hour and Smith followed 19 deliveries later when he missed a heave at Bishoo and was bowled.

Struggling on 59 for three in the 19th over, Marooners were put in further turmoil as Permaul ripped through the innings while drying up the scoring, as their last seven wickets went down for 70 runs.
Facing a straightforward target, Jaguars suffered an early setback when the out-of-form Assad Fudadin nicked one from seamer Chris Powell to depart for eight with as many on the board in the third over.

However, any hopes of further inroads were dashed as Reifer and Chandrika took the game away from Marooners with their impressive century stand.
Barbadian Reifer, playing before his home crowd, struck nine fours and a six – a clean hit inside out over long-off off-spinner Mark Deyal – while opener Chandrika anchored the innings with a 76-ball knock which included five fours.

Reifer, adjudged Man-of-the-Match, was quickly into his stride sweetly punching Powell to the cover boundary and then carving fast bowler Keon Harding square of the wicket for another boundary.
He raised his third half-century at this level with a whip through mid-on off pacer Jermaine Levy and seemed poised to take Jaguars over the line when he was caught at mid-off by Jangoo off Levy in the 25th over with five runs required for victory.