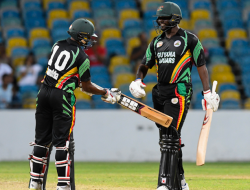 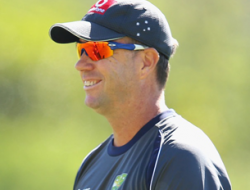 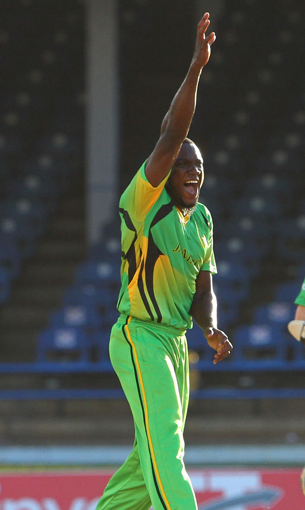 29th January 2017 Comments Off on Chanderpaul: Taylor can still be asset for Windies Views: 1265 News

Chanderpaul, who played 164 Tests for West Indies in a stellar career, said Taylor was continuing to display all the signs of a quality international bowler and could still prove an asset at the highest level.

“We all know what Jerome can do and he came out and showed what he can do,” Chanderpaul said following the game at Kensington Oval here.

“He’s still got a lot of cricket in him. I know he has retired from international (Test) cricket but he still has a lot to offer so it is up to him now to decide what he wants to do because we can still benefit from him.”

The 32-year-old Taylor abruptly retired from Tests last July ahead of India’s four-Test tour of the Caribbean but has remained available for the shorter formats.

He finished with 130 wickets from 46 Tests in a career interrupted by a near five-year break due to loss of form and injury.

Taylor showed no sign of either as he combined with rookie speedster Reynard Leveridge to wreck Jaguars innings on Thursday, despite Chanderpaul’s brilliant hundred.

Leveridge, in his first season of regional cricket, claimed three wickets in a pacy performance, and accounted for Chanderpaul late in the innings.

“He (Leveridge) bowled decent pace. He’s a tall guy so he got more bounce than Jerome but they both bowled well,” said the 42-year-old Chanderpaul who was discarded by selectors 19 months ago.

“Jerome bowled pretty sharp and he got the ball to swing. He got it to swing actually late … so a few of our batters he bowled some really good balls to.

“He’s still a very good bowler, he has a lot of experience behind him and the other guy Leveridge is probably listening and trying to learn from him as much as he can.”