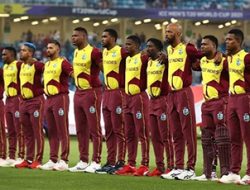 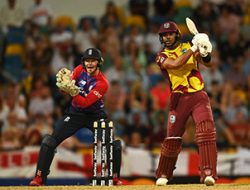 Holder And King’s Star As West Indies Put On... 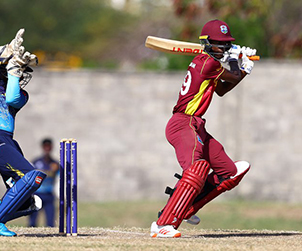 West Indies Rising Stars U19s suffered heartbreak at the ICC Men’s Under-19 World Cup 2022 as they went under to Sri Lanka in their final Group D game on Friday. Starting the morning needing a victory in order to qualify for the Super League quarter-finals, they suffered their second defeat which left them third in the group behind winners Sri Lanka on six points and second placed Australia on four points.

Sent in, West Indies made gathered a competitive 250-9 off their 50 overs. Debutant Kevin Wickham top-scored with 56 from 91 deliveries, left-hander Jordan Johnson hit a crisp 47 from 56 balls and Teddy Bishop and wicketkeeper Rivaldo Clarke both made 45 apiece.

In reply, opener Sadisha Rajapaksa underpinned the run chase with an excellent 76 off 115 balls as Sri Lanka Under-19s overhauled their target with ten balls to spare. Anjala Bandara carved out 40 from 52 balls while Shevon Daniel struck a busy 34 from 33 deliveries but it was Ranuda Somarathne, who belted an unbeaten 28 from 27 balls, who sealed the win for the Asian side.

“I think the fielding let us down today,” said stand-in captain Giovonte Depeiza. “We didn’t save enough runs in the field or take the catches. I think the catches were very important at crucial stages. We dropped [Rajapaksa] who scored the runs.We really batted well. We put a good score on the board with the wicket. I think just 20 more runs on that wicket would have been a better game but we really fought hard.”

Rising Stars lost both openers Matthew Nandu (7) and Shaqkere Parris (16) cheaply to be 34-2 in the ninth over before Wickham inspired two successive half-century stands to rebuild the innings. A tall, elegant right-hander called up from the reserves as one of two temporary replacements for Onaje Amory and Jaden Carmichael, Wickham put on 68 for the third wicket with Bishop before adding a further 58 for the fourth wicket with Johnson. Bishop hammered seven fours before falling in the 27th over while Wickham counted five fours and a six before he was fourth out in the 38th.

Johnson, who hit four fours and six, rallied the innings in a 34-run, fifth wicket partnership with Rivaldo Clarke who then blasted two fours and four sixes in a 35-ball cameo as he put on 46 for the eighth wicket with McKenny Clarke (21 not out), after three wickets tumbled for eight runs in the space of nine balls. Left-arm spinner Dunith Wellalage proved outstanding, picking up 3-39 from his ten overs.

In reply, left-arm seamer Nathan Edwards removed Chamindu Wickramasinghe for four to the fifth ball of the innings with four runs on the board but Rajapaksa stitched together several partnerships to keep Sri Lanka’s run chase intact. The right-hander counted only five fours but added 52 for the second wicket with Daniel, 40 for the third with Liyanage (9), 78 for the fourth with Bandara and 25 for the fifth with captain Dunith Wellalage (15).

By the time Rajapaksa perished in the 40th over, lbw to seamer Isai Thorne (2-41), Sri Lanka required a further 52 from 62 balls and Somarathne staged a 33-run, seventh wicket stand with Raveen De Silva (13), to deny West Indies any late comeback.

West Indies will now enter the Plate phase of the tournament where they face the fourth placed finishers in Group C in Trinidad on Wednesday.