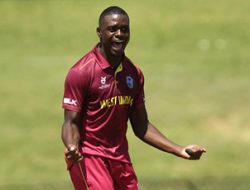 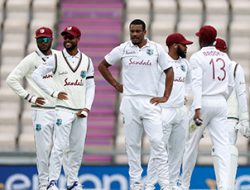 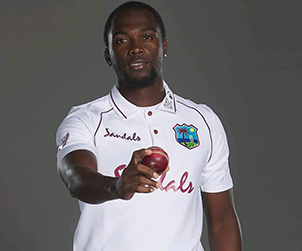 GROS ISLET, Saint Lucia – Marquino Mindley has been released from his quarantine within the West Indies red ball training camp following a second negative PCR test result. The fast bowler tested positive for COVID-19 last week and has since been in isolation at the team hotel away from the other members of the playing and coaching staff. On Wednesday, he received a second negative PCR test and so was cleared to re-join the West Indies training camp taking place at the Daren Sammy Cricket Ground in St. Lucia.

He returned to the training squad to participate in the 3rd day of the “Best vs Best” four-day squad match between the Jahmar Hamilton XI and the Jermaine Blackwood XI as the red ball players have the chance to push for selection ahead of the forthcoming ICC World Test Championship Series against South Africa. Mindley bowled a short spell for Jermaine Blackwood’s XI on his return.

With the final day to be played tomorrow (Thursday), the Jahmar Hamilton-led XI is chasing 92 runs to win with six wickets remaining. The final day can be watched live on the Windies Cricket YouTube channel – https://youtu.be/wpw0LPNg-gMon – and on the Windiescricket.com website.